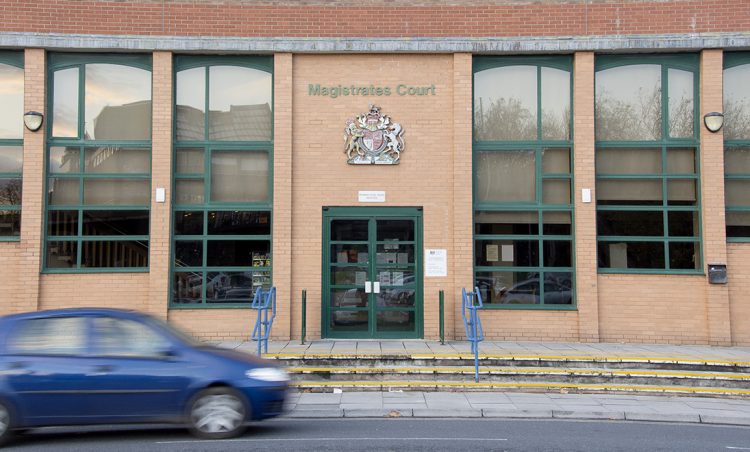 A child rapist who has repeatedly breached the conditions of court orders has been spared an immediate jail sentence due to ‘prison safety concerns’.

28-year-old Alex Smith, who is transitioning from male to female and is formally known as Matthew Burren, appeared before Swindon Magistrates’ Court for sentencing after admitting breaching her Sexual Harm Prevention Order (SHPO) in March.

As first reported by Wiltshire 999s last month, the defendant was arrested at her home in Beaulieu Close, Toothill, on 1 March following an unannounced visit by police.

Officers discovered an unknown Samsung mobile phone connected to her internet router. Smith initially denied any knowledge of the device but soon after told officers where it was.

During the incident, she picked up a pair of scissors, walked towards the officer and said “I’m going to kill myself”.

Smith was charged and remanded in custody, appearing before the court the following day where she pleaded guilty to breaching her SHPO.

The court heard she had previously breached the conditions of SHPOs on several occasions.

District Judge Joanna Dickens said: “This is a really serious offence. It is thought, quite rightly, that you present a danger to children. The danger is, you will ruin people’s lives.

“If you add devices to your router and don’t declare them, people are going to think you’re going to use them to groom children.

“Clearly, things have happened to you, which are very sad and you’ve had difficulties.

“I’m not going to send you to prison today, and the reason for that is because you have very very complicated issues. You’re currently undergoing gender reassignment… I would be very concerned about your safety.

“Other people are made vulnerable by you. You have got to stop this offencing. You need to know if you commit and more offences, you will go to prison.

“If I am in this court again, and you commit further offences, I won’t want to, but I will send you to prison.”

Judge Dickens imposed a 26-week prison sentence but suspended it for two years.

She also ordered Smith to complete 40 rehabilitation activity requirement days and imposed a new – indefinite – SHPO. The terms include the prohibition of approaching children under the age of 16 and allowing a child to enter or stay at her home address, amongst many other strict conditions.