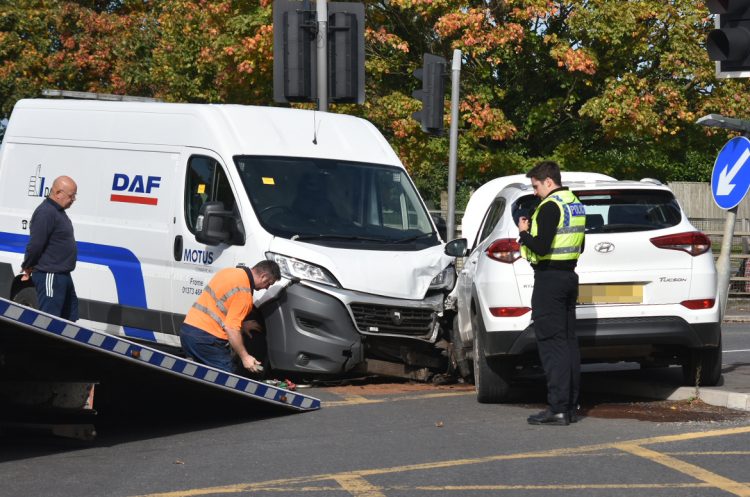 A head-on crash caused severe delays in the Melksham area this afternoon.

Police and ambulance were called to the road traffic collision on the A350 at around 12.10pm following a call from Dorset and Wiltshire Fire and Rescue Service.

A fire crew passing the incident moments after it happened were first at the scene – on the junction with Bath Road.

The crash involved two vehicles – a Hyundai Tucson and a Fiat Ducato.

Wiltshire Police says no one suffered any serious injuries.

The road was partially blocked until around 2.30pm whilst an oil spillage was dealt with and recovery was arranged for the vehicles involved.