A road in Swindon’s been closed this afternoon while a vehicle fire was dealt with.

One fire crew from Swindon Fire Station were called to Graham Street, of Manchester Road, at before 1pm following reports of a blaze in the garden of a house. 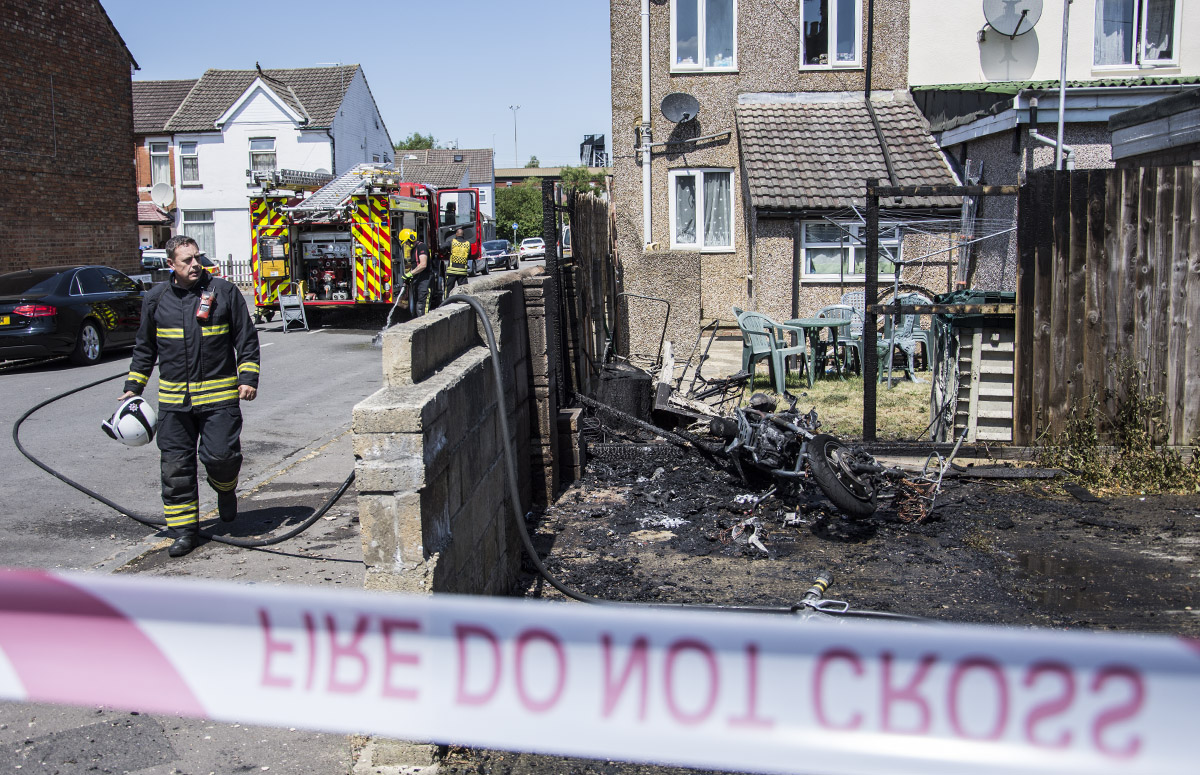 On arrival, firefighters found a motorcycle well alight. Some nearby property, including fencing and a garage, was damaged during the blaze.

The road closed in both directions until around 1.30pm.