A road in Melksham is partially blocked after a road traffic collision this evening.

Emergency services were called to the scene off in Spa Road, at the junction with Warwick Crescent, at around 7.45pm following reports of a car overturning.

The small yellow Peugeot 107 landed on its roof after colliding with another vehicle.

Dorset and Wiltshire Fire and Rescue Service confirmed no one was trapped within the car, but South Western Ambulance Service is in attendance. 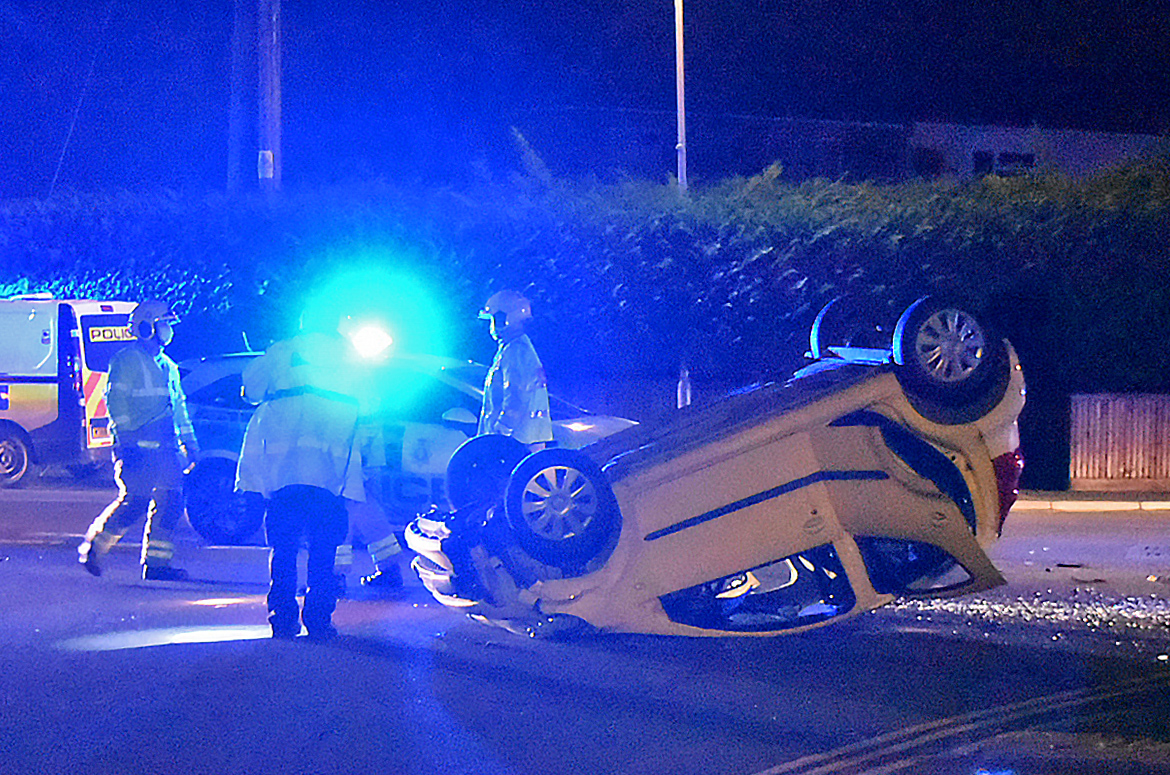 Nobody’s believed to have been seriously hurt in the incident, police at the scene confirmed.

There are minor delays in the area as police direct motorists around the scene.