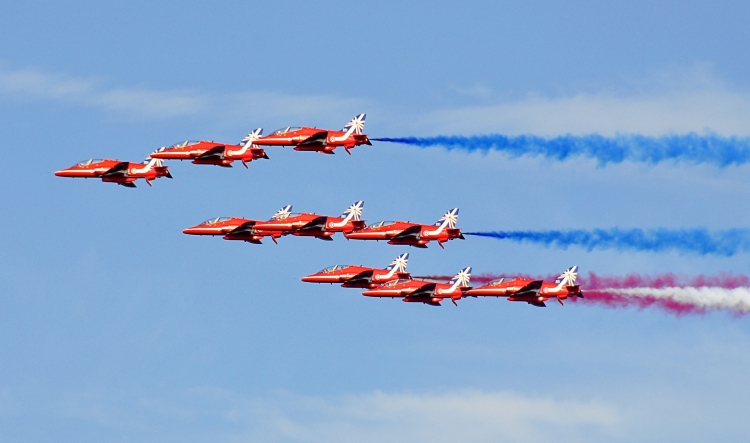 The Red Arrows will fly over Wiltshire en route to an air show in Devon today (27 August).

Ahead of a 6.30pm display in Sidmouth, the jets will touch down at Exeter Airport shortly after 4pm – but before that, we’ll get to see them here.

The planes will leave Norwich International Airport to head to Devon at 3.35pm, passing over Wiltshire as they head to the southwest coast.

If you’re really keen on spotting the famous red jets, and can’t see them from home, you could head out to one of the locations listed – camera at the ready, of course.

Here’s where and when you’ll be able to spot them: