Praise for officers who caught man when he jumped from bridge 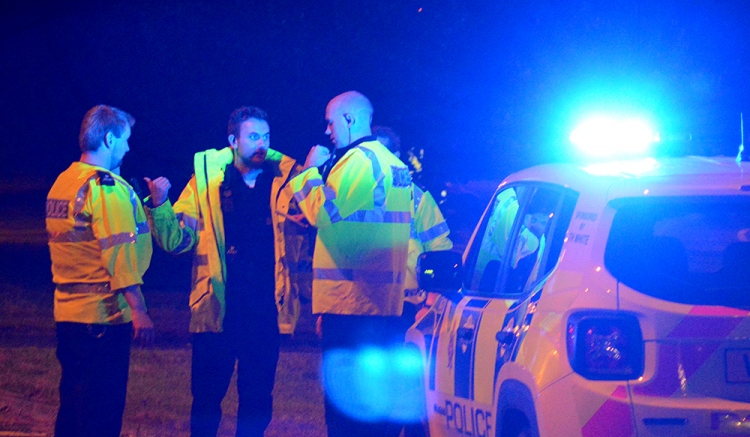 Police officers who caught a man when he jumped from a bridge in Swindon with a noose around his neck have been praised by the Chief Constable today.

Kier Pritchard tweeted that he had called a number of officers to thank them for their “courageous suicide intervention” at the incident on Thamesdown Drive on Monday night.

The main road was closed from around 10.30pm until 4am while emergency services dealt the the distressed man on the bridge between Haydon End and Redhouse.

Police officers attending the scene spent several hours attempting to talk the man down safely, but he jumped. They grabbed the man through the railings and held him until he was rescued.

Chief Constable Pritchard said: “Called series of officers to thank them for their courageous suicide intervention. They negotiated with a man for hours with a noose tied to a bridge and around his neck, he then jumped. The officers reached through the railings, took hold the man to allow his rescue. He survived!”

Wiltshire Police has referred this incident to the Independent Office of Police Conduct (IOPC).

“Road closures were put in place whilst officers, working with the fire and rescue service, helped the man down from the bridge to safety. We have made a mandatory referral to the IOPC which is standard practice in cases like this”, a spokesperson for the force said.