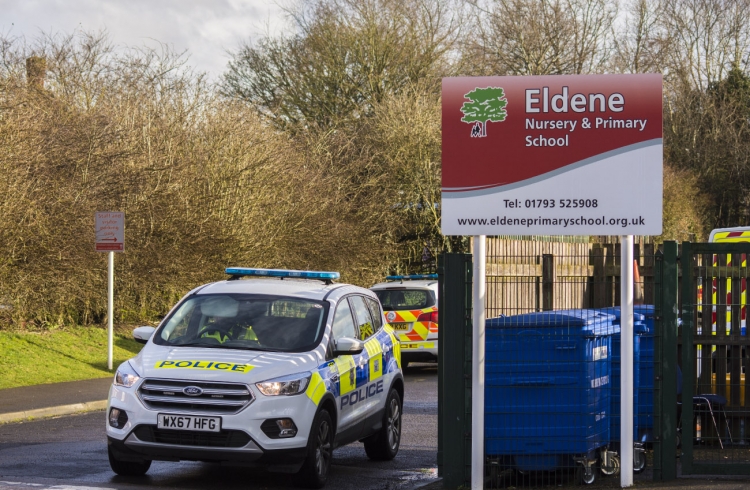 Police involved in the investigation into a stabbing at a primary school in Swindon on Thursday afternoon have discovered a knife near to the scene of the incident.

Officers were seen on Aymer Place, just 250 yards from Eldene Nursery and Primary School in Colingsmead at around 6.20pm this evening, nearly 24 hours after the attack.

An eyewitness told Wiltshire 999s that they saw a police officer pick up what they believe was a large kitchen knife with a black handle and placed it in an evidence container.

Emergency services, including Wiltshire Air Ambulance, were called the school at around 4pm on 29 March following reports of a 17-year-old boy being stabbed.

South Western Ambulance Service later confirmed that the teenager did suffered stab wounds and was rushed to Great Western Hospital. His condition is unknown at this time.