Police have launched an investigation into a fire which destroyed a West Wiltshire play area.

Fire crews were called to the blaze in Kingston Wood off Benjamin Street on the newly built Kingston Farm housing estate in Bradford on Avon at around 3pm this afternoon. 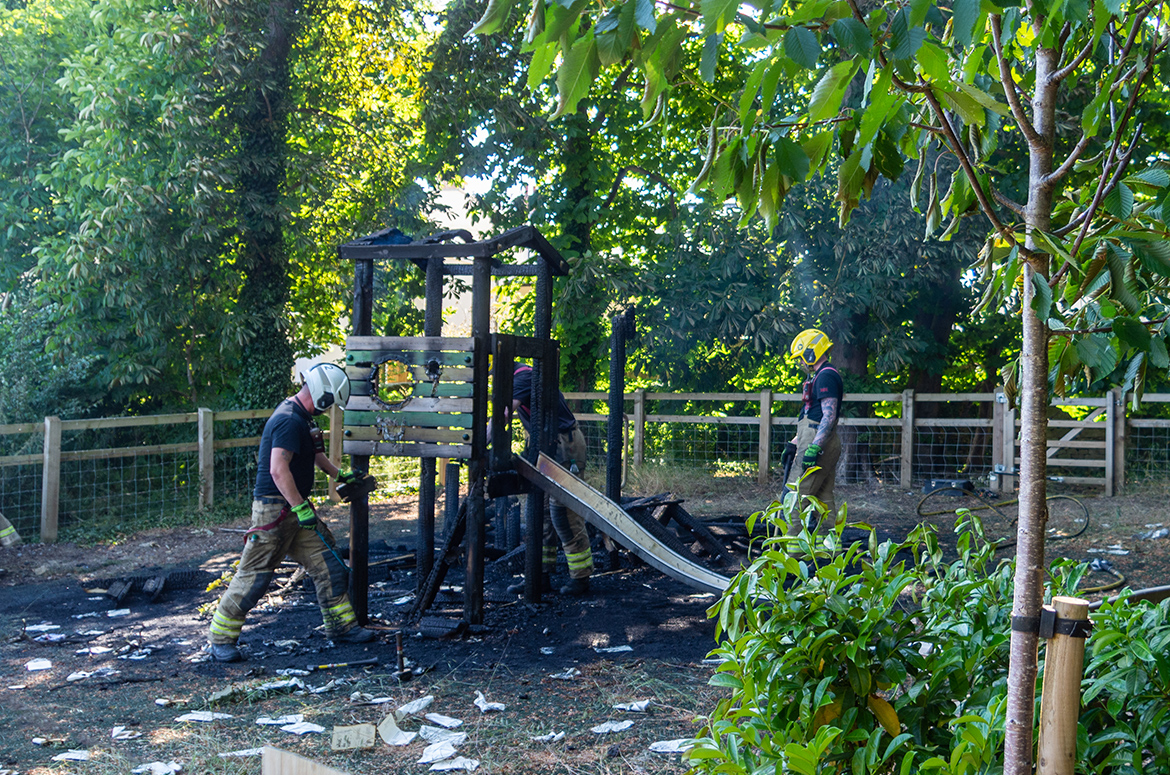 At 5pm, firefighters remained at the scene chopping down the play equipment in order to make the area safe after dampening down the grass within the site. Trees around 20 metres above the park were also charred during the blaze.

Police were also attending the scene alongside Dorset and Wiltshire Fire and Rescue Service.

On Facebook, one local resident said four youths – all thought to be aged around 14 – were spotted in the play area moments before the fire broke out.

Anyone with information relating to this incident is asked to contact Wiltshire Police by calling them on 101. Alternatively, you can call Crimestoppers anonymously on 0800 555 111.