No Result
View All Result
Opinion

We have all seen news articles about the enforcement of lockdown regulations by police over the past few weeks, and the often negative comments about the way it has been done. It seems that there have been cases where regulations have been breached but no action has been taken.

We know from years of media coverage that our police are over-stretched. Calls to the control rooms have to be prioritised and incidents allocated according to that priority. There simply aren’t enough police officers to enforce a lockdown and respond to their normal caseload.

There has been a huge increase in certain areas of crime, including domestic abuse which itself is particularly resource-heavy. And remember, behind every incident attended there are reports to complete, procedures to follow and potentially more enquiries to conduct which takes officers away from the multitude of other jobs that need to be attended.

So, if we take yesterday as an example, it becomes even more difficult to manage the current level of COVID-19 restrictions. Police Community Support Officers do not work on public holidays – the reasons for which are a discussion to be had another day – but the simple fact is that this is an instant reduction in the number of available staff.

Remember that jobs are stacking up every second. There was a collision on the A419 which was initially reported as serious, two suspects detained after a car was ditched in Swindon and a motorcyclist was threatened by the rider of a quad bike. The resources committed to these incidents, which have to be considered as a higher priority would be significant. Add to that the national celebrations for the 75th anniversary of VE Day and things become almost impossible to resource appropriately.

The Government guidance to police officers is, at best, confusing.

The latest release allows for the public to drive to take exercise under certain conditions. With the level of other work, is it therefore feasible to commit staff to vehicle checkpoints, stopping numerous vehicles, most of which will be abiding by the rules in the hope of catching one or two law-breakers?

Social distancing rules stipulate a distance of a two-metre minimum in order to eliminate the risk of transmitting the virus. On a day of celebration for the end of Wolrd War Two, linked to the amazing feat performed by the now Colonel Tom Moore, the inherent true British spirit that got us through two World Wars and which will get us through this pandemic, it is perhaps not surprising that some of these so-called gatherings were allowed to continue.

If the social distancing rules appear to be being followed, is the risk significant enough to warrant action that would portray the police in a negative light? They have a tough enough job as it is – why make it harder. The issue then becomes one of consistency. If you let the street parties continue, you cannot penalise those in the parks. Its all or nothing in that situation. 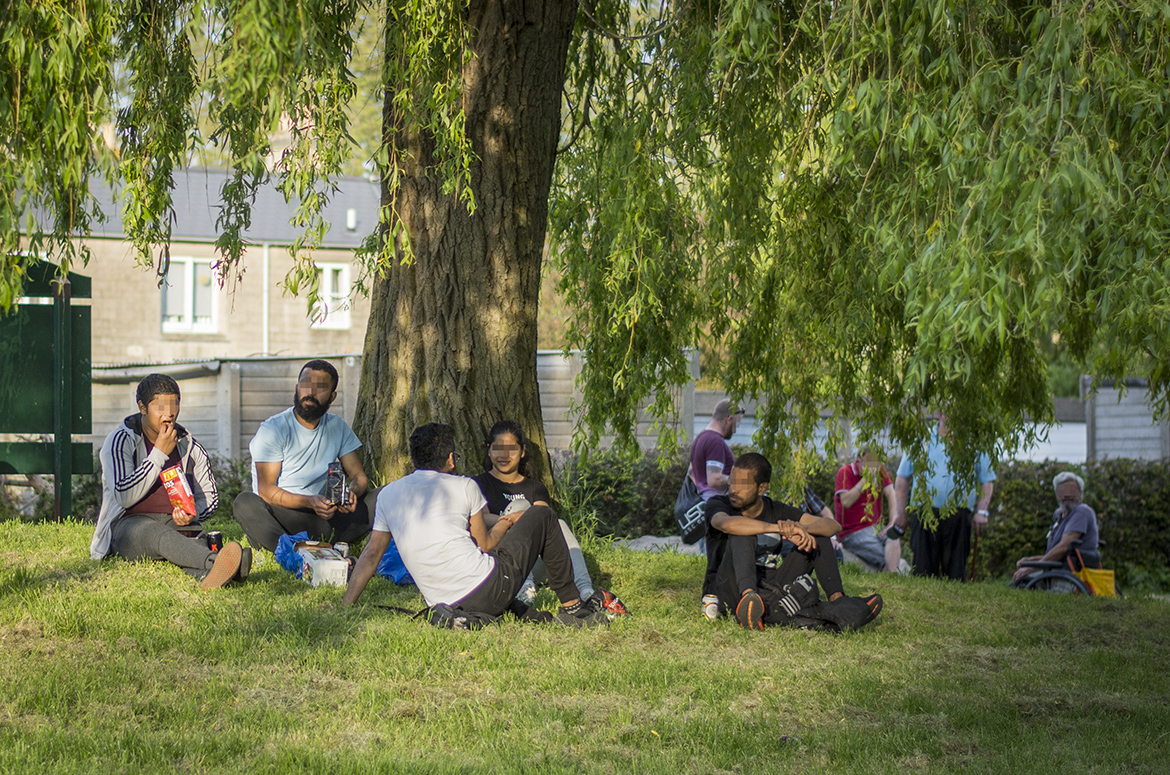 “If picnics will be allowed next week, we’ll have one today. What are they going to do about it?”

Let’s not forget that the Government are already signalling a relaxation in the rules – chief officers must be tearing their hair out. If you tell the public that things are going to change imminently, they will always take liberties on the basis that a couple of days earlier won’t make a difference. That’s what we have been seeing increasingly over recent time.

With the limited number of police officers and the increase in certain crimes, it would be very easy to say “nothing”. Caught between a rock and a hard place and faced with so much negative press, you need to be able to justify your actions, especially when it is quite likely to alienate vast numbers of the public.

With the vagueries of the Government guidance, more people are less fearful of being caught and are now going out. The increase in vehicles on the road is a testament to this.

If you have seen the news articles criticising the enforcement of lockdown rules, it is not surprising that the confusion over what can be enforced leaves the public and police at odds and in some cases unsurprisingly reluctant to act. There are too many grey areas and it is now becoming unworkable, but you cannot blame our police for that.

As members of the public, we must do our bit to end this pandemic and take some of the pressure off the police service. Be responsible and stick to the rules. Frustrating as it may be, it’s not forever and there is light at the end of the tunnel. Over 30,000 families would agree.

This is an opinion piece submitted by a verified contributor. The opinions in this article are solely of the author and may not represent the views of Wiltshire 999s or its editorial staff.