OPINION: Not all travellers are bad – but the bad ones visit Wiltshire all too often 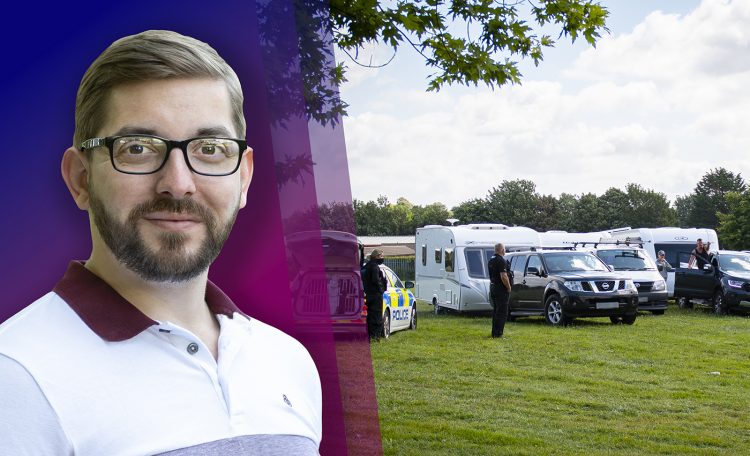 I don’t have an issue with travellers – if they live a morally acceptable life, don’t commit crime and are considerate of the community when they set up an encampment.

But in Wiltshire, most communities have only really encountered ‘bad’ travellers. If you repeatedly meet dogs that bite you, you’ll start to believe that all dogs bite.

Earlier this month, in Highworth, police were called to reports of travellers moving on to The Elms Recreation Ground. When a council worker attended the site, he was reportedly assaulted.

The year before, a group of travellers set up camp on the same site before parading around the market town as if they owned the place – causing numerous disorders in pubs, which were forced to close for several days to avoid further issues.

This week, a group set up on Levi’s Park in Chippenham – effectively taking it over. It meant that on Friday (17 June), during the heatwave, children were unable to enjoy the playing field.

When I visited the site, I saw what appeared to be a significant amount of human excrement in the bushes, and others claim to have witnessed tubs of human waste being poured onto the grass.

It’s disgusting, and it’s unacceptable. The dumping of bodily fluids, as we all know, comes with a serious health risk. When the group leave the area, the risk could make the park a no-go zone.

My views are based on what I’ve witnessed in ten years as a reporter in Wiltshire, and I’ve reported on dozens of unauthorised encampments over the years.

I’ve never have I seen a site left clean. The local council are always quick to make the area safe again, but it comes at a cost. In the grand scheme of things, the cost of a clean-up operation isn’t going to break the bank – but it’s taxpayer money that could be spent elsewhere.

I understand the travelling community’s way of life. I accept that their view on the world is different to that of most, and that’s ok. Everyone should be allowed to live the life that makes them happy.

But when laws, that apply to everyone, are broken – they should be dealt with. The police claim to respond to crime without fear or favour, so why aren’t they arresting travellers?

They don’t have the resources. Travellers will put up a fight, and often, children under the age of criminal responsibility (10) are tasked with causing havoc.

It means that police must go in all guns blazing, so to speak. Sadly though, that’s not something that can happen following years of well-documented cuts to force budgets.

So when it comes to traveller incursions, we have to accept that they are going to happen and accept that the police probably won’t do anything about any crimes they commit.

Wiltshire Council and Swindon Borough Council are always relatively quick to serve a notice to vacate the area, limiting the amount of damage done to the area and in the community.

I must reiterate that I have nothing against law-abiding travellers – but either way, I’m probably going to be labelled “racist” for giving my opinions on the matter.