No arrests have been made in a fatal motorcycle crash investigation launched in Swindon.

Emergency services were called to the scene Highworth Road at around 2pm yesterday afternoon following the serious crash involving a biker in his 60s and a white Mitsubishi.

Despite the efforts of medics, the biker was pronounced dead at the scene.

Unusually, the white Mitsubishi involved was not at the scene during the collision investigation. Police refused to clarify where it had ended up following the incident but said the driver – in his 20s – cooperated fully with officers. 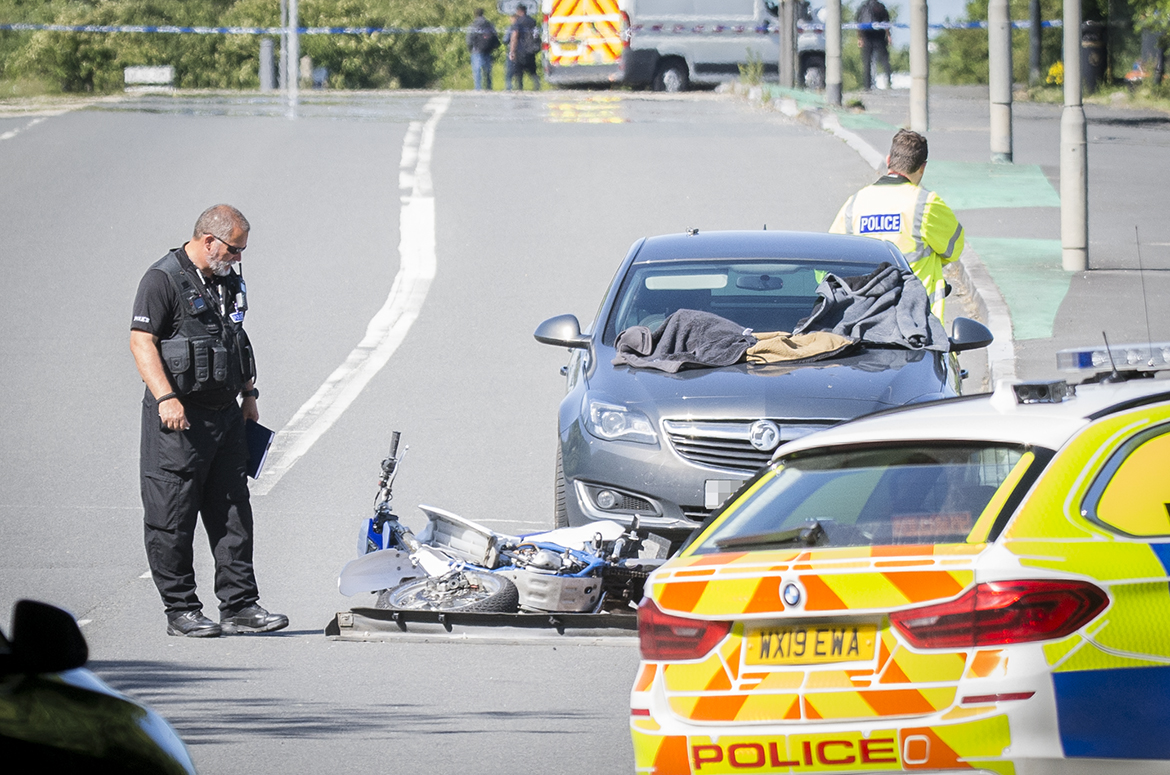 Police say the grey Vauxhall Insignia pictured at the scene was not involved in the crash.

Wiltshire Police say their investigation is ongoing: “Our enquiries are continuing, and anyone with information – including anyone who has dash cam footage which could assist us – should call the collision investigation team on 101, quoting reference 54200049185.”