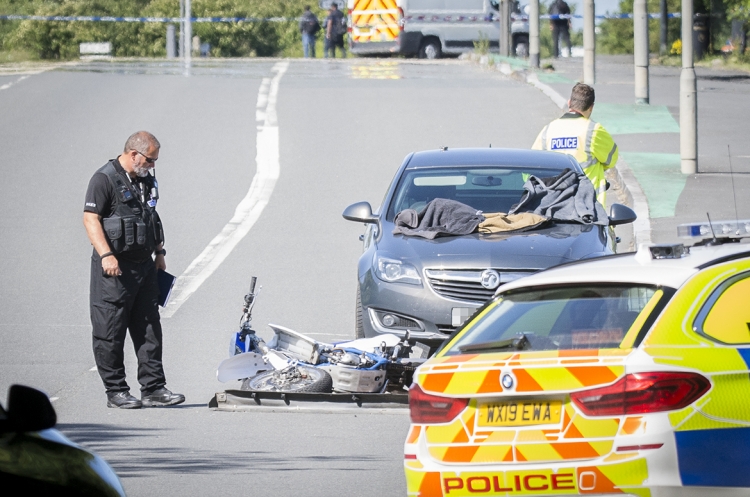 UPDATED 6PM: A motorcyclist was killed in a collision with a car in Swindon this afternoon.

Emergency services were called to the scene on Highworth Road – between the A419 junction and the B&Q Distribution Centre – at around 2pm following the crash with a white Mitsubishi.

Despite the efforts of local paramedics and a critical care team from Great Western Air Ambulance, the rider – in his 60s – of a blue and white motorcycle was pronounced dead at the scene. 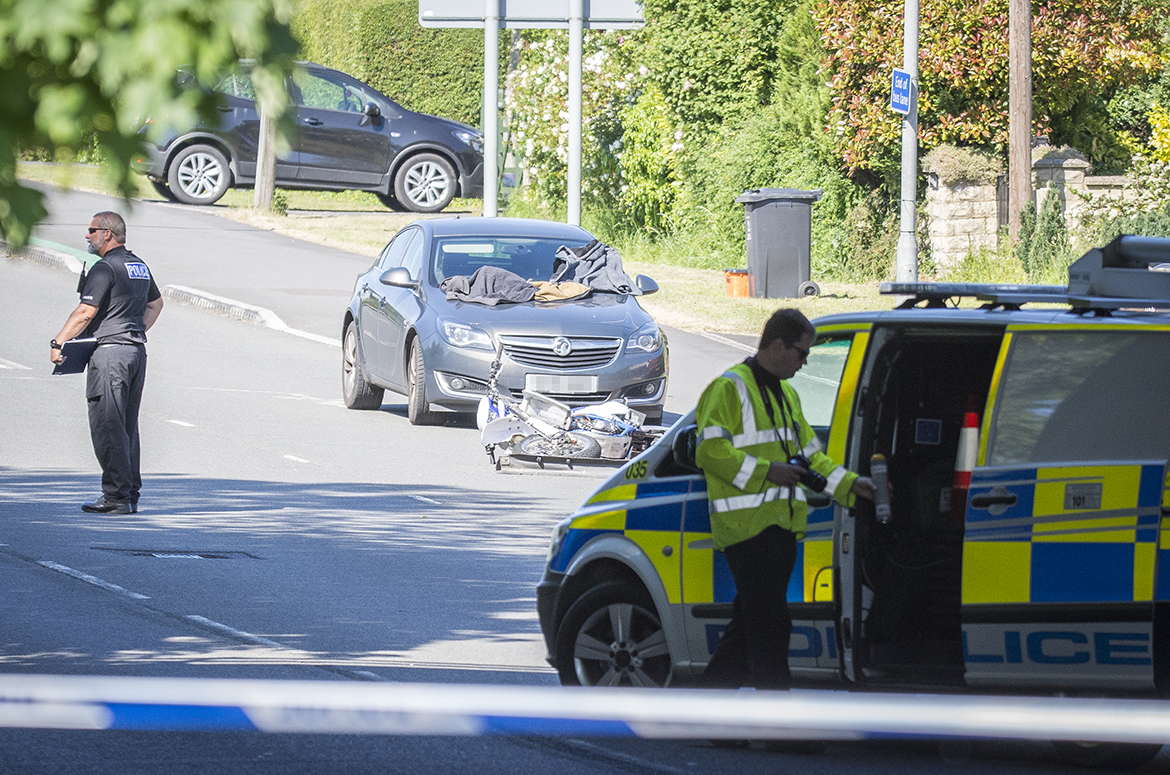 A Forensic Collision Investigation Unit (FCIU) arrived at around 3.30pm and an investigation into the circumstances of the fatal crash was launched.

Police say the grey Vauxhall Insignia pictured at the scene was not involved in the crash.

The road isn’t likely to reopen until around 10pm tonight.

Wiltshire Police is asking anyone who witnessed the collision to contact them immediately by calling 101 and quoting log reference number 152.