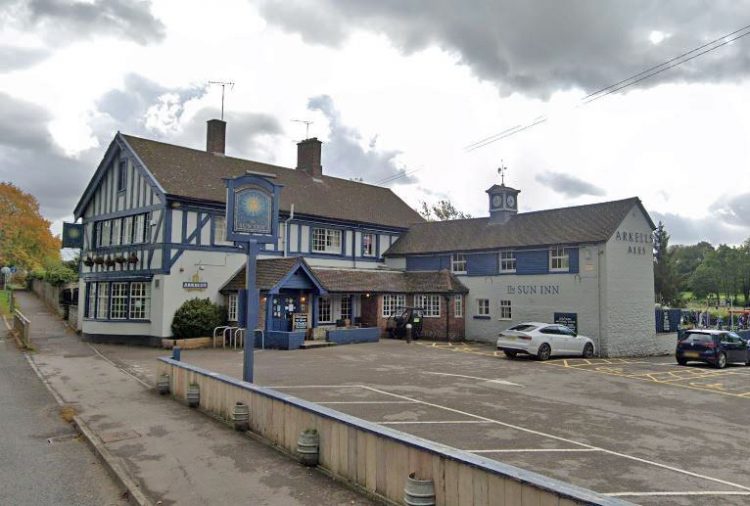 A man smacked his girlfriend in the back of the head with ‘considerable force’ at a pub on Wednesday, a court heard.

Samson Knight, 37, appeared before Swindon Magistrates’ Court from custody via video link this morning charged with assault by beating. He pleaded guilty to the offence.

Crown prosecutor Keith Ballinger said the defendant, of Conan Doyle Walk, Liden, had been at The Sun Inn on 2 June with his girlfriend from around 4pm.

The pair, both intoxicated, had approached the bar to order drinks but Knight became aggressive when he was told staff could not take orders there due to the coronavirus regulations.

A short time later, at around 4.50pm, his girlfriend – of five months – was witnessed stumbling around the pub before moving into the conservatory area.

Knight got out of his seat and shouted at her: “I’m gonna f**king hit you if you don’t sit down” before striking to the back of the head.

Mr Ballinger told the court that witnesses described the strike as “loud”, deducing that she was hit with “considerable force”. Staff then intervened and police were called.

In custody, the defendant told officers that his girlfriend’s behaviour was upsetting the landlord so he tried to push her away from the area where she was causing the issue.

Defending, Terry Mccarthy said his client and his girlfriend were both affected by intoxicants at the time of the assault.

He said Knight was concerned about her behaviour and was worried the manager of the pub would eject her. From the CCTV, it was clear he had tried to calm her down and usher her outside, but the slap then took place, and he accepts that.

“It was one blow, he regrets it”, Mr Mccarthy commented.