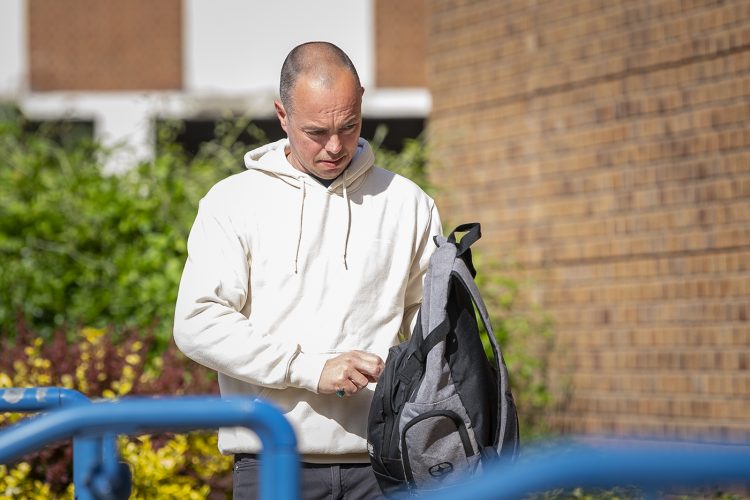 A man who harassed a Swindon woman after she ended their relationship has been sentenced.

Andrew James Scammell, 40, previously pleaded guilty to criminal damage and harassment at Swindon Magistrates’ Court and appeared for sentencing on Thursday (12 May).

The defendant, of Coppice Street, Shaftesbury, Dorset, was in a relationship with the woman from May 2019, splitting up in April 2020 before restarting their relationship a short time later.

On 21 December last year, the pair had a heated argument. Scammell is asked to leave the address but he refused. Instead, he threw his mobile phone at a coffee jar, causing it to smash.

The woman ended their relationship and the defendant went to work. While he was away from the house, she arranged for his property to be collected and blocked him on her phone and social media.

Later that evening, Scammell sent £2 to her bank account with the reference “Love”. She believed he’d done that in order to provoke a reaction.

Over the following days, in the lead up to Christmas Day, he has attended her home numerous times. On one occasion he rang her doorbell before hiding behind a car.

In her statement, the victim labelled his behaviour as “quite distressing” – adding that she no longer feels safe in her own home and is scared of what he might do.

Magistrates asked Scammell, who represented himself in court, what he wished to say about the offences. He told the bench he has nothing to add.

When questioned about the prospect of a restraining order, the Trimetals machine operator said: “I have no intention of returning to Swindon, let alone Haydon Wick”.

The magistrates imposed a 12-month community order to include 15 rehabilitation activity days. He was also fined £220 and told to pay £10 compensation for the destroyed coffee jar.

The defendant must pay £85 prosecution costs and a £95 surcharge. They also imposed a 12-month restraining order prohibiting contact with his victim.