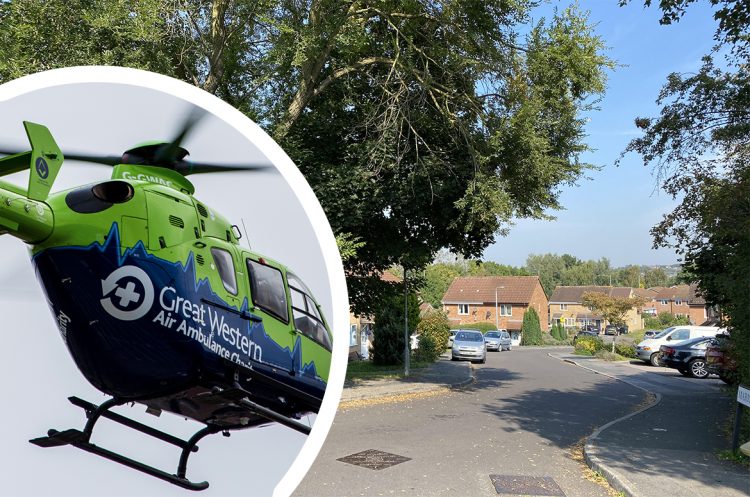 A man was found dead at a house in Swindon yesterday afternoon (Monday).

Emergency services, including Great Western Air Ambulance, were called to the address in Woodhall Park at shortly after midday following concerns being raised over the safety of the occupants.

Two men were discovered unresponsive within the property in Marigold Close, off Bryony Way.

Wiltshire Police told Wiltshire 999s that they do not believe there are any suspicious circumstances surrounding the incident and do not believe a third party to be involved.

Police officers, detectives and forensics remained at the scene until late on Monday evening.

A spokesperson for the force said: “We were called to an address in Marigold Close, Haydon Wick, Swindon, at approximately 12.19pm yesterday following concerns for the safety of the occupant.

“We can confirm that a 44-year-old man was pronounced dead at the scene. His death is not being treated as suspicious and the next of kin have been informed.

“A 78-year-old man from the same property was taken to Great Western Hospital.

“We are not looking for anyone else in connection with this matter.”