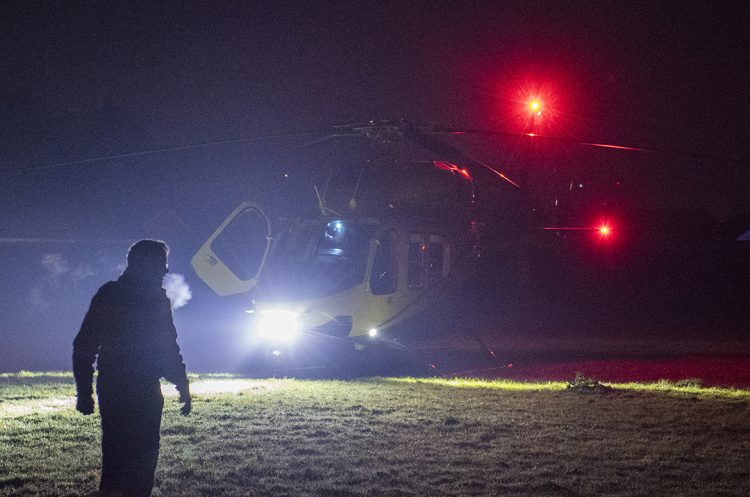 A man has died following a serious medical emergency in Swindon.

South Western Ambulance Service was called to an address in Park North at around 10pm on Tuesday evening.

Wiltshire Air Ambulance was also tasked to the incident so its specialist medics could provide critical care. The yellow and green helicopter landed on Buckhurst Field, attracting dozens of bystanders.

Despite the best efforts of 999 responders, a man in his 70s was pronounced dead at the scene.

A Wiltshire Police spokesperson said: “Shortly after 10pm (16/03) we were called to the sudden death of a man in his 70s at an address in Lyndhurst Crescent, Swindon.

“His death is not being treated as suspicious.

“His next of kin are aware and our thoughts are with them at this sad time.