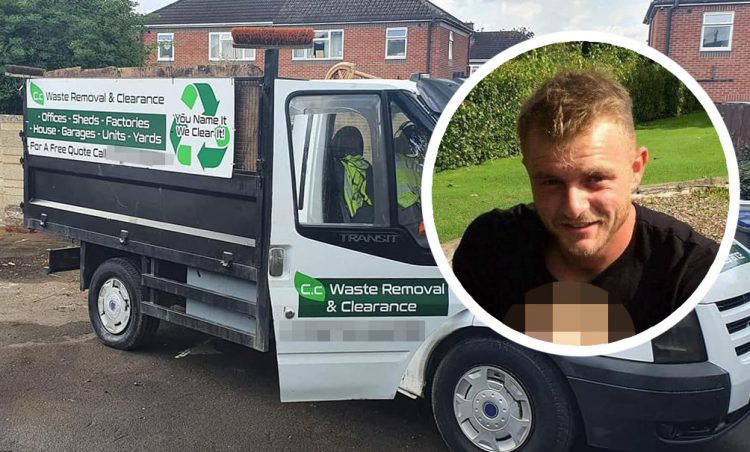 A Melksham man who collected household waste and burned it on council-owned land was “doing it for a few pounds as an amateur”, a court heard.

The Ministry of Defence reported the incident in November 2021 and provided Wiltshire Council with a copy of the footage it filmed at 800 feet – showing the defendant’s face and vehicle clearly.

Andrew Komosa, prosecuting, said 29-year-old Carr admitted undertaking this kind of flytipping on this piece of land for up to six months before he was discovered.

He told Swindon Magistrates’ Court today (6 June) that it was concerning that the defendant, of Somerset Crescent, carried out the burning of the waste with his 13-year-old daughter in tow.

At a previous hearing, the court heard that Carr did not have the relevant permit to engage in a waste disposal business and had claimed to be authorised by the Environment Agency in advertising – when the business was not.

His co-defendant, farmer Neill Howard Ludlow, of Forset Farm, Woodrow Road, Melksham, pleaded guilty to permitting the deposition of controlled waste on land neighbouring his own. The 57-year-old was handed a conditional discharge for two environmental offences.

Duty solicitor Tony Nowogrodzki, defending, said his client was an “amateur deciding to do something the professionals ought to do”, describing him as “doing it for a few pounds as an amateur”.

He said Carr suffers from “mental health scars” following a road traffic collision three years ago – where he went head-first through the vehicle’s windscreen and suffered serious injuries.

Mr Nowogrodzki said his “life completely changed” as a result. He lost his employment as a labourer and was “traumatised”. Unemployed, Carr set about carrying out waste disposal – working with a local farmer who “allowed practices to take place on unlicenced land”.

“In his mind, he had the land owner’s permission, but we’re not talking grass cuttings, we’re talking a mattress and other household items”, he added before confirming a household income of £2,000 a month, which is made up of his partner’s pub work and Universal Credit.

Mr Nowogrodzki said Carr suffers from PTSD and the doctor is exploring a diagnosis of bipolar – but the magistrates were quick to confirm that they were only “suggested by the doctor”, not confirmed diagnoses.

“You must have known burning mattresses and other waste was not a good idea. If you were a waste disposal person, you would be using official channels. It’s expensive, it’s a well-known fact”, the chair of the bench said.

She added: “We find it difficult to accept that you thought it was okay, and to make matters worse, you took your daughter with you.”

They also imposed a £700 fine, £95 surcharge and told him to pay £500 towards Wiltshire Council’s prosecution and investigation costs of £2,400.