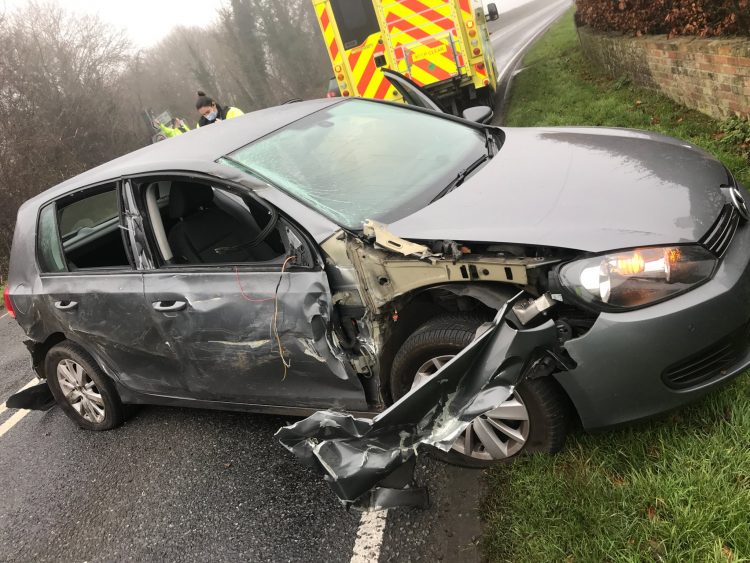 A lorry failed to stop when it struck a car south-west of Trowbridge at the weekend.

The road traffic collision happened on the A361 near the junction for Rode, Somerset, at around 9.25am on Sunday (19 December).

The grey Volkswagen was spun across the road after being hit by the heavy goods vehicle (HGV) travelling in the opposite direction.

Emergency services were called to the scene between between Southwick and the Beckington Services, but no one’s believed to have been seriously injured.

The owner of the car involved is appealing to other motorists who may have captured dashcam footage of a HGV with a dark blue cab and red trailer to contact the police.

Avon and Somerset Police is investigating the incident, with dashcam footage between 9.10am and 9.45am sought – as it may show the suspect’s vehicle.

The lorry is believed to have known the collision occurred – the trailer was reportedly rocking from side to side and after the impact and the vehicle almost jack-knifed.