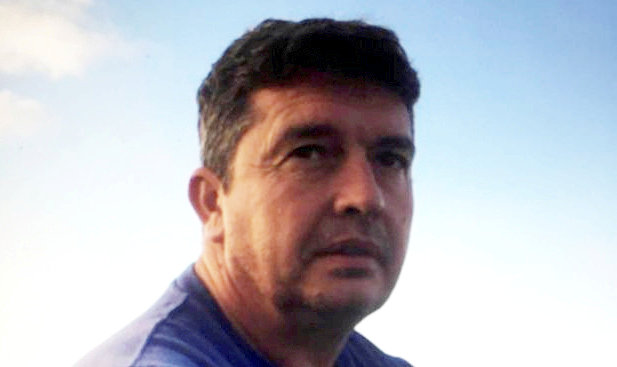 Simon Clover (pictured) died as a result of the lorry crash

A paratrooper-turned lorry driver killed a father when he fell asleep at the wheel of an articulated truck – while streaming a Netflix show on his iPad.

James Emrys Lewis, 38, was driving down the M4 in the early hours of 24 September 2020, but failed to notice that traffic had stopped ahead of him.

Vehicles had been stopped by police in a rolling roadblock – due to a fatal crash on the opposite carriageway a short time earlier.

Lewis’ Scania lorry was in cruise control at 86 kilometres per hour (53 miles per hour). Failing to notice the stationary traffic ahead, he ploughed into it.

The defendant’s lorry struck a highway maintenance vehicle, crushing it between his vehicle and another lorry in front.

The pair were travelling home to Cardiff, Wales, from work at the time of the collision.

The court heard that collision investigators were able to recover data from the lorry – showing that Lewis didn’t brake until just seven metres from the queue of traffic.

Lewis’s iPad was streaming a Netflix show at the time, but Lewis claimed that it was in his bag and he was listening to it.

Reading a victim statement to the court on behalf of her mother, Mr Clover’s daughter, Rebecca, said that the family haven’t been able to bring themselves to wash his pillowcase.

The mother’s statement described how she was sitting at the dining room table at their home in Cardiff, wondering where her husband was, when she saw a police car driving slowly past.

“I knew they were coming for us. I dropped to the floor and was screaming. We will remember that day for the rest of our lives.

“We are struggling to understand and come to terms with [what happened]. We are still waiting for him to come home and tell us he was working away.

“No matter of justice will be good enough. I’ve lost my soul mate, the love of my life and my children have lost their father. We are devastated beyond repair.”

Mr Henderson suffered a fracture to the left side of his pelvis, which was fixed with screws and a metal plate, a fracture to his ribs on the left of his body, a dislocated left knee which required two operations and a laceration to his spleen. He also suffered soft tissue injuries to his left heel which required rebuilding surgery.

Prosecutor Rob Welling said: “The defendant, driving his Scania articulated lorry, failed to notice the single line of traffic ahead of him and he struck Mr Henderson’s vehicle from behind.

“It was crushed catastrophically between the defendant’s lorry and another lorry ahead of him.”

Even the driver of the lorry ahead of Mr Henderson and Mr Clover was signed off work for three weeks after injuries to his neck, back, ribs and jaw.

Mr Welling said that Lewis’s iPad was streaming a Netflix show at the time, but Lewis claimed that it was in his bag and he was listening to it.

“The conclusion is this: for whatever reason the defendant did not pay attention to the road ahead of him for in excess of one minute. He said that he was asleep and the evidence may support that.”

Mitigating, James Hartson said: “Nothing that I say in mitigation is intended to minimise the seriousness or impact at all on the families of Mr Clover or Mr Henderson.”

Lewis, of Pretoria Road, Tonyrefail, Wales, was of “positively good character”, he said, without a previous conviction, caution or endorsement on his licence.

He added he served as a paratrooper in Iraq and Afghanistan, and was described by his commanding officer as a “talented soldier and a man of integrity”.

“He knows that this single incident that fateful morning will define him and that is a shame as far as his otherwise impeccable life has been and is concerned,” Mr Hartson concluded.

Sentencing Lewis in front of a packed public gallery at Swindon Crown Court, Judge Jason Taylor QC said that the 38-year-old should have noticed what was going on ahead of him.

“Your basis of plea states that you had fallen asleep, such a simple action however has had a devastating impact on the two families.

“Not a single person in this courtroom could have failed to be moved by the raw emotion [of the victim statements]. Nothing I do or say can assuage their grief, anger or sense of loss.

“This accident was wholly pointless and utterly avoidable, and you are solely responsible for that.”

Judge Taylor jailed Lewis for five years and two months. He was also banned from driving for five years, extended by 31 months to take into account the period he will spend in custody. Lewis must also take an extended retest before he is allowed to hold a licence again.