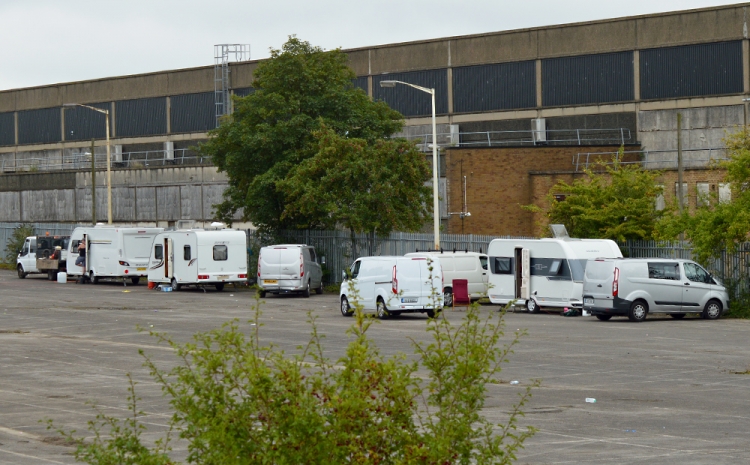 Irish travellers have moved into the BMW Group plant in Swindon in recent days.

A car park on Bridge End Road – which forms part of the large factory’s site and has been locked for a long period of time – appears to have been entered illegally.

When the Wiltshire Post news team visited at around 11am this morning, 22 August, seven vehicles and nine caravans were seen to be parked on the site.

Five children, possibly as young as six, were seen playing in the car park.