Hundreds of people have attended a Black Lives Matter protest in Trowbridge this evening.

Around 250 locals were at the rally in Town Park at 7pm to stand in solidarity with America following the death of George Floyd during an arrest. A police officer has since been charged with his murder. 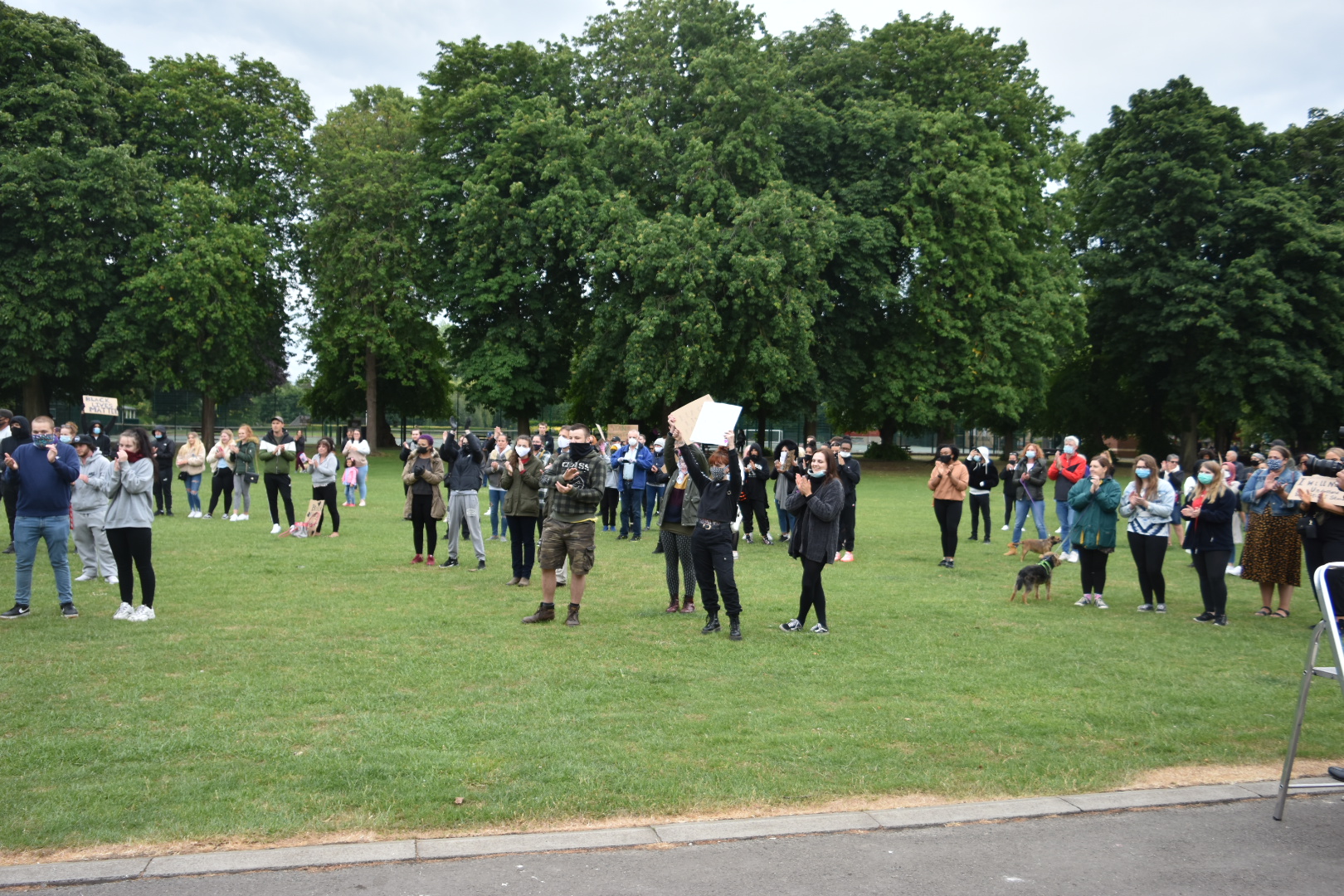 The event went on without incident, with several Police Liason Officers watching over the protest. One officer was seen joining protesters who took to their knees to show solidarity with the worldwide Black Lives Matter campaign and calls for justice for George Floyd.

More protests are planned for Wiltshire in the coming days, but unrest is not expected. 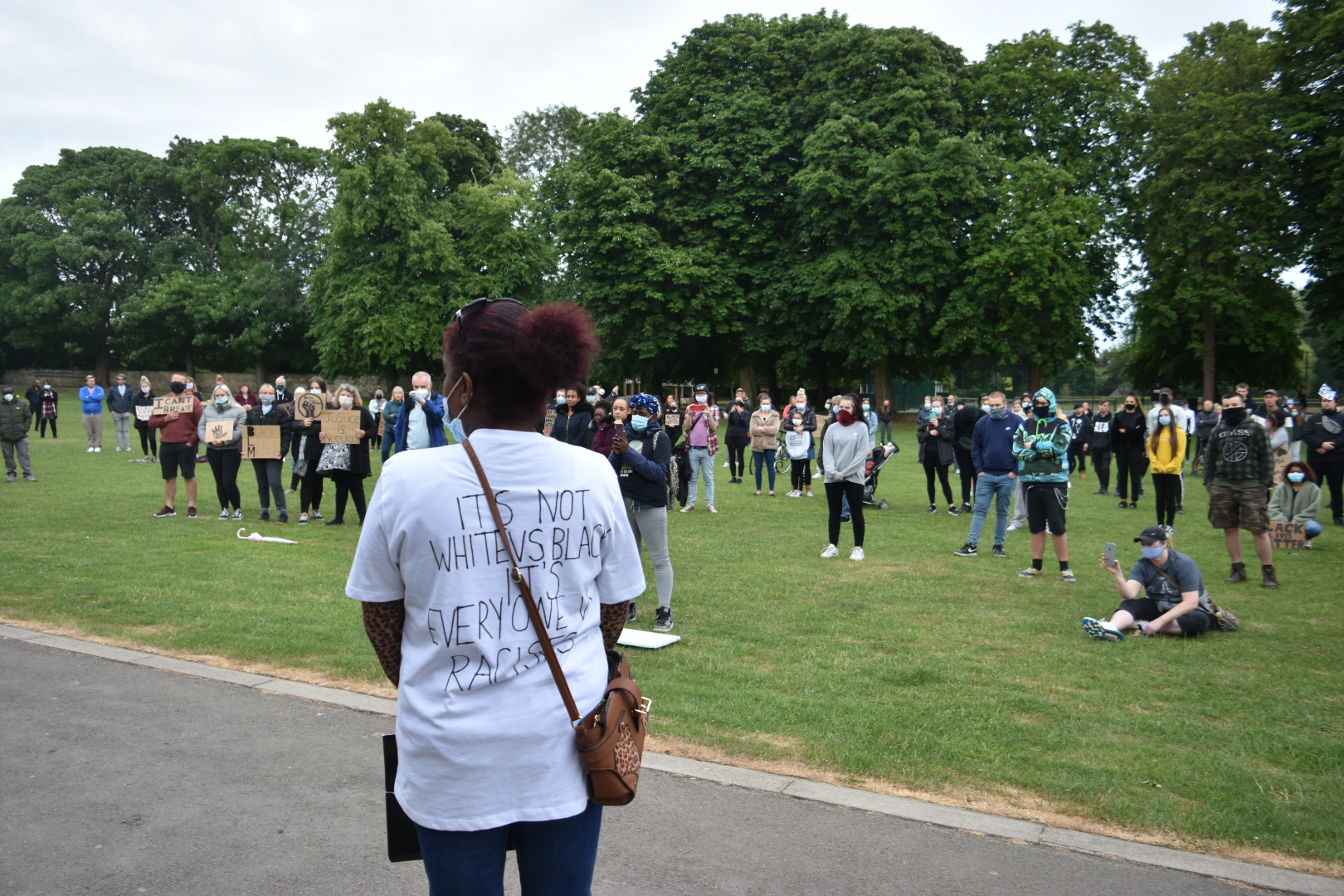 A spokesperson for Wiltshire Police said: “Thank you to everyone who attended the Black Lives Matter protest in Trowbridge Park this evening.

“We are pleased to report that everyone who attended was respectful and peaceful, and made efforts to adhere to social distancing.

“Everyone has the right to lawful and peaceful protest and we will always work with our communities to facilitate this.”