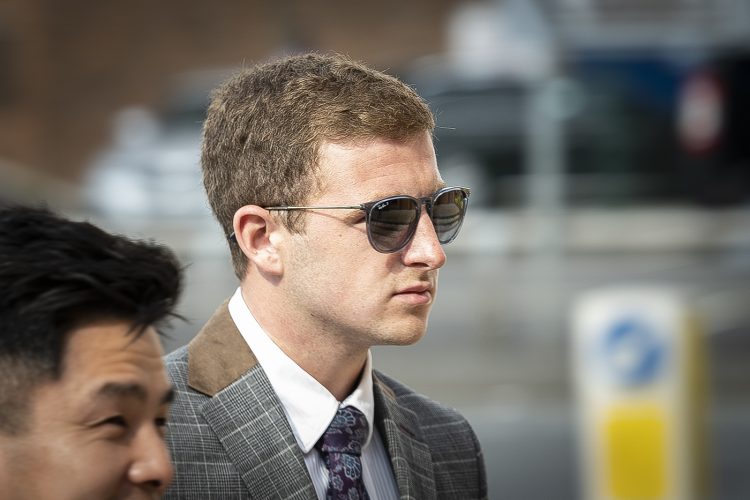 A Wiltshire gamekeeper has admitted disposing of numerous dead birds of prey down an eight-metre deep well on a 1000-acre farm.

Archie Watson, 21, of Dragon Lane, Maningord Bruce, near Pewsey, pleaded guilty to possessing the dead birds on the basis that he disposed of three red kites, five buzzards and a gull.

Three further charges of killing four red kites, eleven buzzards and a herring or less black-backed gull were dropped by the Crown Prosecution Service due to lack of evidence.

Watson also pleaded guilty to three charges relating to the illegal storage of a shotgun and its ammunition, which were left insecure in a pick-up truck.

At Swindon Magistrates’ Court today (1 June), magistrates heard that in August 2020 the RSPB (Royal Society for the Protection of Birds) launched a covert investigation after they received a tip-off about a gamekeeper at Galtee More Farm, near Avebury, Wilts., killing birds of prey and throwing their remains into a well.

Prosecuting, Ashley Petchey said an investigation team from the bird conservation charity attended the farm and installed hidden cameras around the well.

Footage recorded by the camera showed a male attending the site on numerous occasions and on 12 August 2020, a male was captured placing a buzzard into the well. Wiltshire Police was informed and they were able to identify him as Watson.

Armed with video footage, the force attained a search warrant under the Wildlife and Countryside Act. Supported by the RSPB, Natural England and the National Wildlife Crime Unit raided two separate addresses linked to Watson – including Galtee More Farm – in September 2020.

The farm’s owner was located and after being provided with a copy of the search warrant, they told police that he resides at an address locally. Officers attended the new address and arrested Watson.

On arrest, he told the officers that he had left his shotgun in a Toyota Hilux on the farmland. During the search, the loaded weapon was located and cleared by authorised firearms officers at the scene.

Watson has since had his firearms certificate revoked ahead of his court hearing – given the weapon was left attended and insecure in a vehicle. Despite it being private land, the court deemed it possible that members of the public could have access to that land and in turn, the weapon.

He was also found to be in possession of two leg rings, used by the British Trust for Ornithology (BTO) to identify birds, attached to his keys.

Specially trained rescue personnel entered the well and recovered – under the watchful eye of scenes of crime officers – numerous remains of birds. As well as the protected red kites, buzzards and gull, dead pheasants were also located.

In custody, Watson told officers that the buzzard he was recorded putting into the well was found dead under a tree. He said he used the well to dispose of birds and said the leg rings were found whilst metal detecting on land in Pewsey.

Mr Petchey said the birds’ cause of death could not be ascertained, though two of the buzzards located in the well did have metal in them.

Andy Lee, defending, said his client wished to make it clear he never caused unnecessary suffering or killed any birds or animals and there is “no evidence he has done so”.

He said Watson “came into possession of those birds after they have died” having discovered them on the farm’s land after they died. He said the birds were disposed of in the well after their death to “prevent the spread of disease”.

He added that there is “no evidence he had personally persecuted” the birds.

Mr Lee said Watson, who was 19-years-old at the time of these offences, accepts he breached the terms of his firearms licence but labelled them “negligent breaches” as a result of becoming “complacent in his job”.

He described the defendant as having a “difficult and stressful” time as a result of this case “hanging over him for a significant amount of time”, adding that he has “learnt his lesson”.

Chair magistrate Peter Wells said the number of birds located in the well was “surprising”, adding that the firearms offences were “more serious”, given the public has legal or illegal access to the area.

The bench imposed a 12-month community order. Watson must carry out 180 hours of unpaid work, and pay £393 costs and a £95 surcharge.

Despite the prosecution’s application for forfeiture and destruction of the firearm and ammunition, the court did not make grant the order.