Police have raided a flat inside a high-rise building in Swindon this morning.

Around seven police vehicles were descended on Milverton Court in Park North at around 8am this morning, where a warrant was executed under the Misuse of Drugs Act.

Officers from the Swindon South and North Community Police Teams located class A and B drugs inside the address, as well as drugs paraphernalia and a large amount of cash.

Two men, aged 23 and 25, and two women, aged 25 and 31, were arrested on suspicion of being concerned in the supply of class A and B drugs. 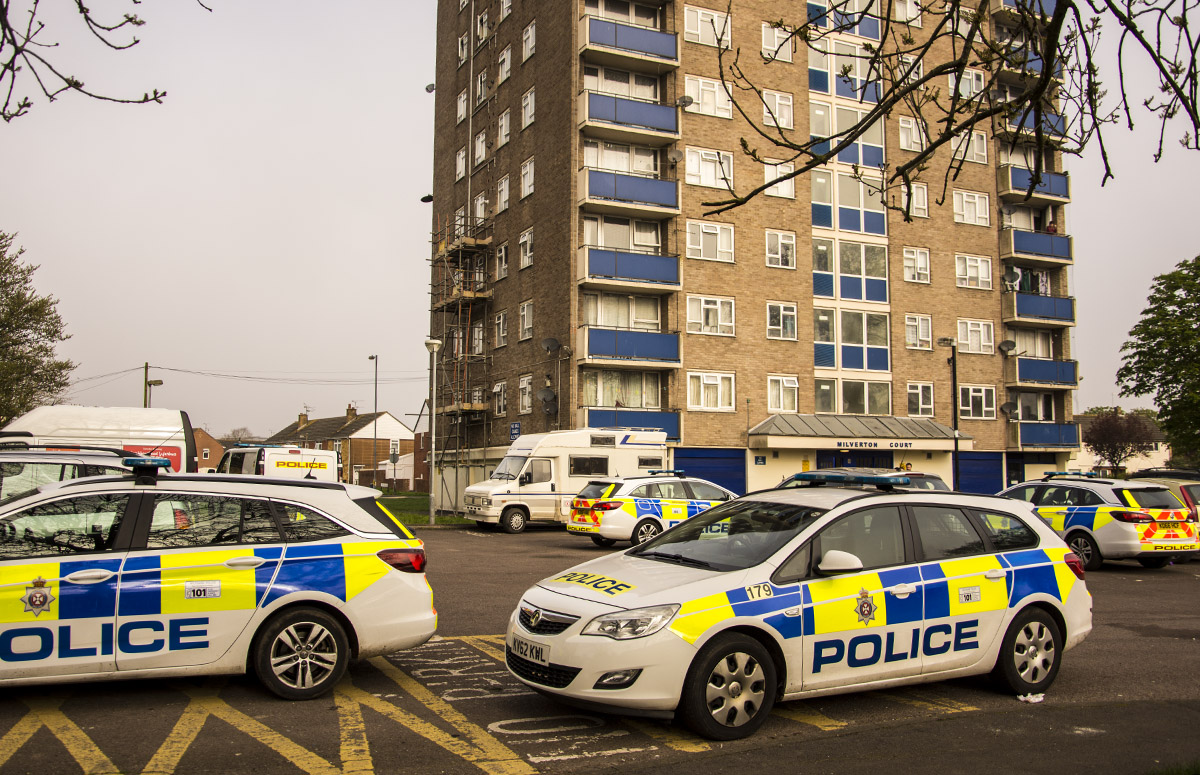 All four suspects remain in custody at Gablecross Police Station.

PC Anna McCormack said: “We understand the devastating impact that drug dealing, as well as the anti-social behaviour and sometimes violent crime often associated with drugs, can have on our local communities.

“We will not tolerate drug dealing and will proactively deal with any offenders.

“We continue to encourage the public to report any suspected drug activity in their community to provide us with valuable intelligence that assists us in helping to make their communities safe.”