Firefighters have battled a large fire at a country park after it was discovered by police officers.

Whilst on general patrol tonight, the officers came across a small grass fire at Moulden Hill Country Park in Swindon and called Dorset and Wiltshire Fire and Rescue Service out to extinguish it.

As fire crews dealt with the small fire, a member of the public alerted police to a larger blaze – a cluster of hay bales had been set alight in a field full of cows nearby.

The two fires are being treated as arson, both thought to have been set deliberately. 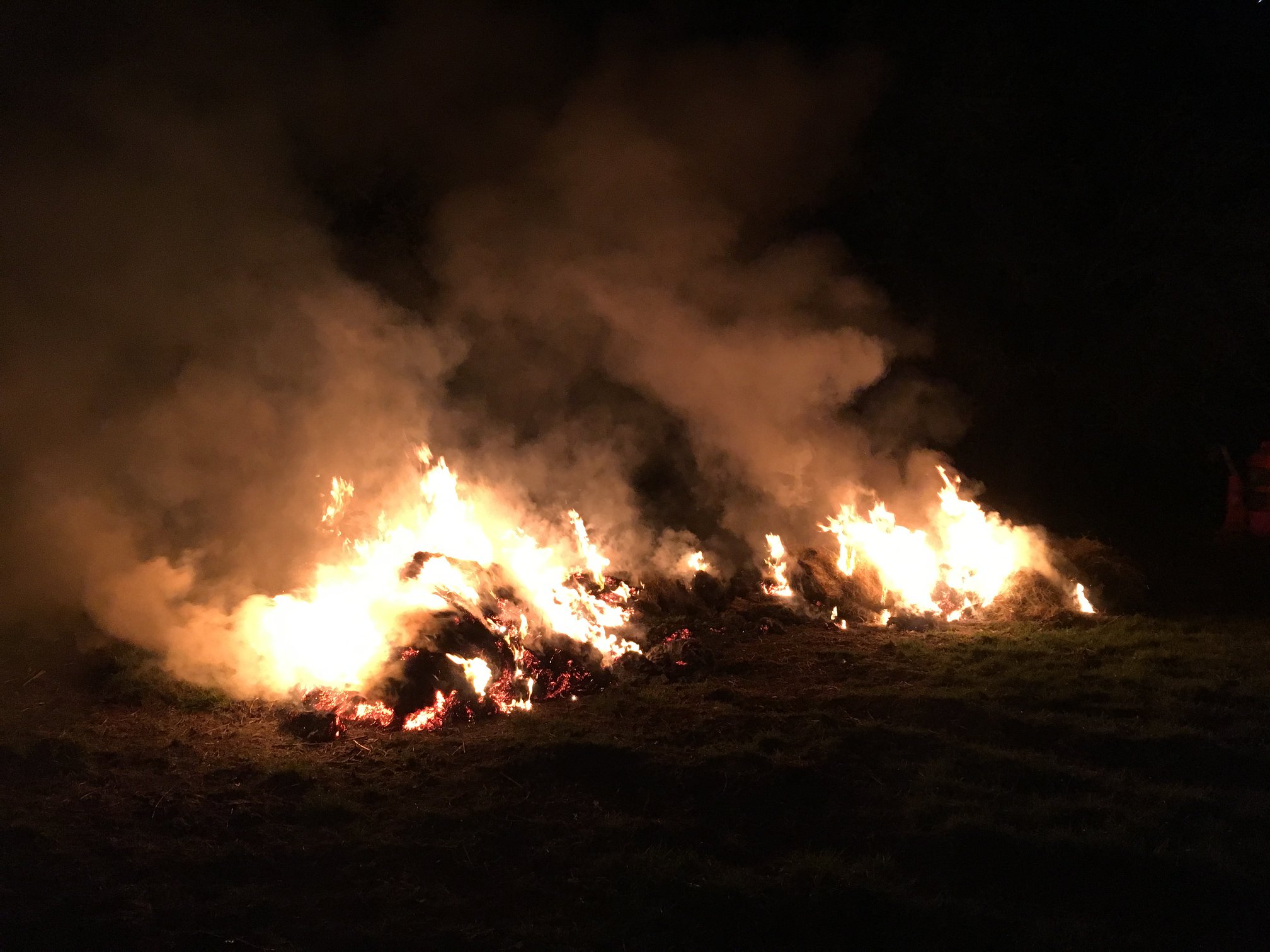 A spokesperson for Wiltshire Police said: “In this situation it was very lucky that officers came across these fires before either could spread to the nearby tree line.

“Both fires appear to be set deliberately and we would urge anyone with any information to call 101 quoting reference number 54200038318.”