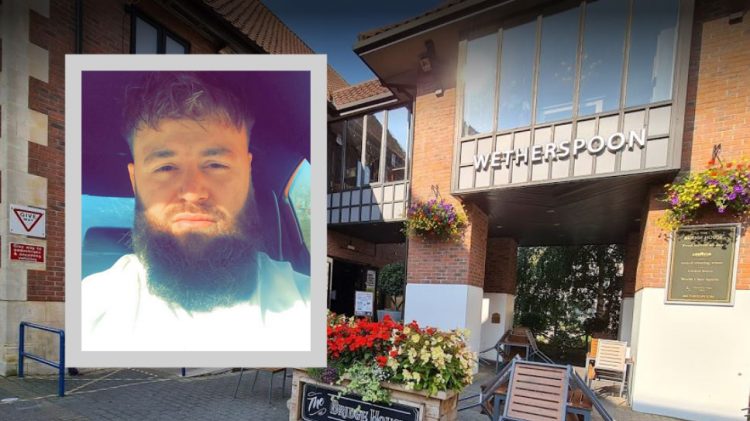 A Chippenham man shouted “get out of my face or I’ll rip your face off” at a plain-clothed volunteer police officer, a court heard.

Crown prosecutor Kate Prince said the defendant, of Derriads Green, was outside The Bridge House pub when officers responded to reports of a disorder at around 10.45pm.

On arrival, officers located a number of people outside the establishment. They were told by others at the scene Bracey had been involved in the argument but had walked off.

Special police constable (SPC) Duncan heard the defendant shouting “come on then” as he walked away. Fearing a fight would break out, he shouted to Bracey “get f**king back”.

He replied to the officer, who was volunteering for Wiltshire Police in plain clothes at the time, “get out of my face or I’ll rip your face off”.

Concerned for his own safety, SPC Duncan reached for his PAVA spray. Following, Bracey shouted at a member of the public and then left the scene.

Defending, Terry McCarthy said his client had apologised for his words and behaviour.

Adding that his words were a “conditional threat” to a person he did not know to be a police officer due to him being in plain clothes.

“He is a carer for his father who had some sort of seizure”, Mr McCarthy told the court. He said Bracey’s father had spent around eight months in hospital as a result. He said the defendant also has a young child, who had just had their first birthday.

Adding: “He admits he should not have reacted to the person in what way, and refers to some mental health problems.”

The court heard Bracey is unemployed and claiming Universal Credit.

Magistrates imposed a fine of £120 and a victim surcharge of £34. However, hearing his financial circumstances, they reduced his costs from £85 to £46. A repayment order was also imposed.