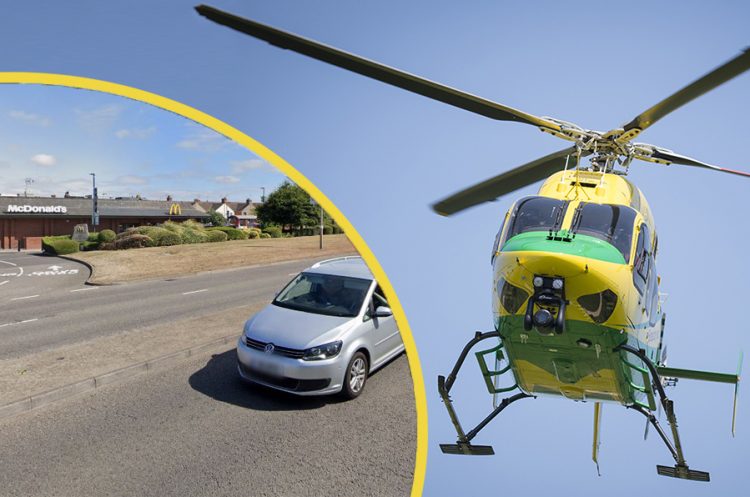 A woman died in a serious medical emergency on a main road in Swindon yesterday afternoon, her family has confirmed.

Two air ambulances were called to the incident in Great Western Way, between Cockleburry Roundabout and Transfer Bridges, on Saturday.

Wiltshire Police said 999 crews responded to reports of a “female motorist who had had a medical episode while driving her car” shortly after 1pm.

But despite the best efforts of local ambulance crews, police officers and critical care medics from Wiltshire Air Ambulance and Great Western Air Ambulance, she was pronounced dead.

Posting in Wiltshire 999s Incident Alerts, Yvonne Collett thanked the emergency services who worked to try and revive her sister and provided support at the scene.

‘I would like to thank all the ambulance crews and the police at the scene who did all they could to save my sisters life, sad to say she did not make it.

Whilst two of the country’s air ambulances were in Swindon, Dorset and Somerset Air Ambulance was also attending a medical emergency in Chippenham – meaning three air ambulance teams were simultaneously working in Wiltshire yesterday afternoon.