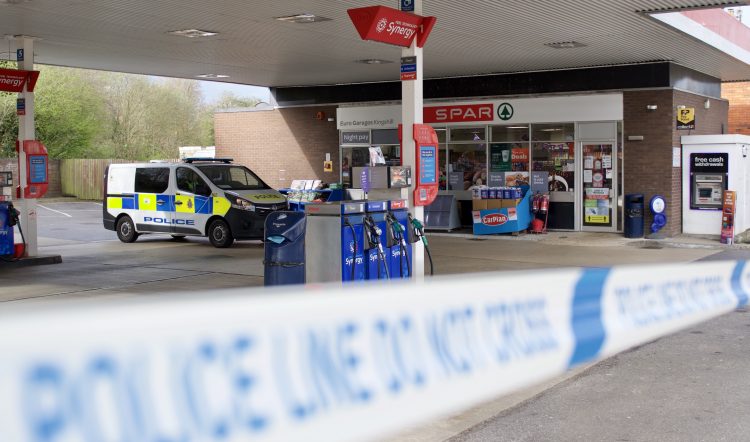 A Swindon service station has been cordoned off as a crime scene following a serious incident overnight.

At approximately 10pm yesterday, an unknown male dressed in black entered the shop and threatened a member of staff with what’s believed to have been an air-pistol.

He then took an amount of cash and cigarettes before leaving the scene on foot.

The suspect is described as approximately 5ft 6ins tall, of medium build with an English accent.  He was wearing black jeans, a dark hoodie with the hood up, a face covering and glasses, gloves, black trainers with white soles and three white stripes on the side.

It’s believed he arrived on foot from the Wootton Bassett Road direction. 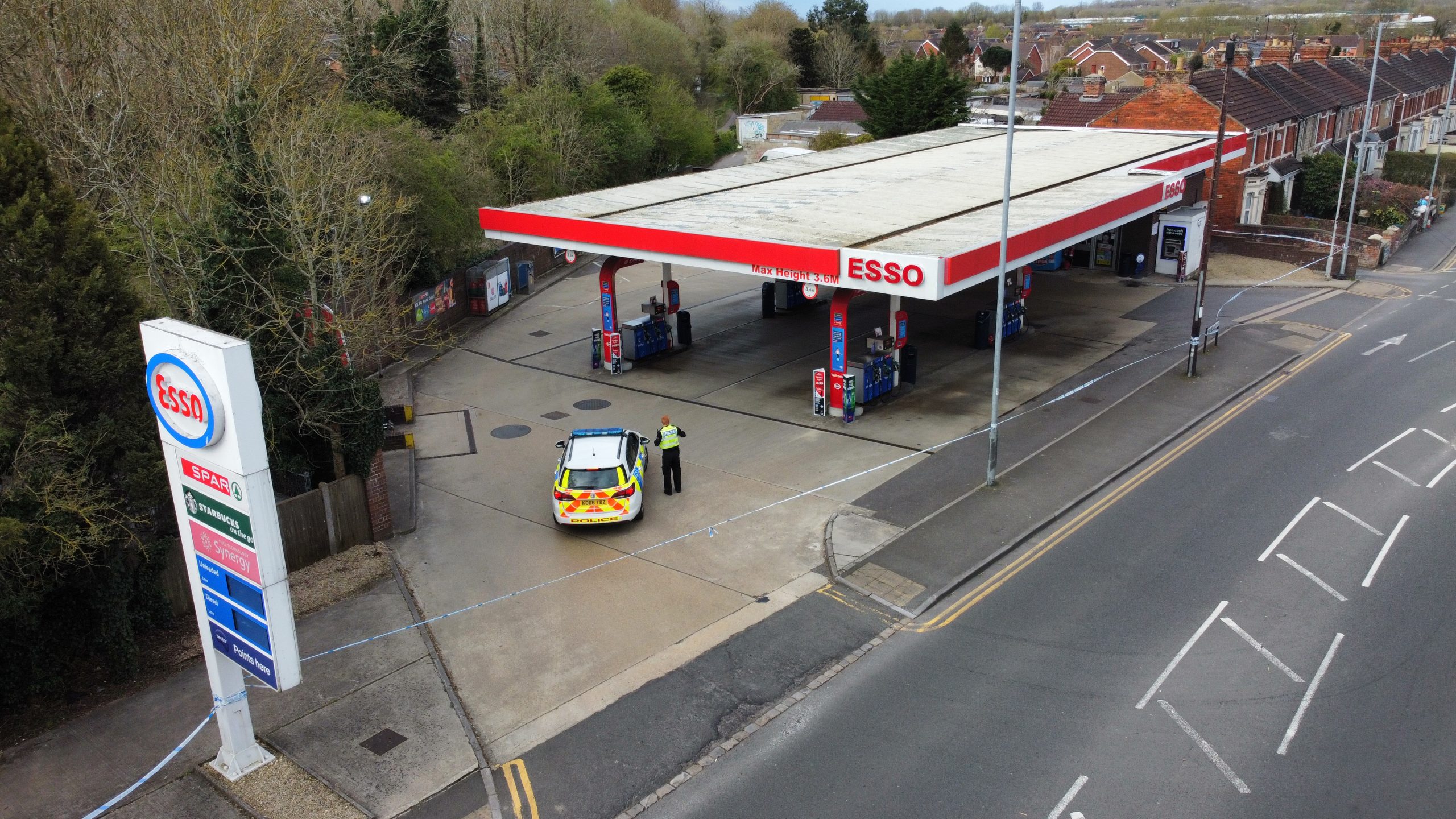 Shortly before the incident, a male attended the petrol station; he was dropped off by a car which then continued towards Wootton Bassett Road – police believe the driver may have seen the suspect walking along.

Det Insp Chris Feerick said:  “This was an extremely frightening experience for the member of staff. Fortunately they were unharmed but were very shaken by the incident.
“We would like to speak to anyone who may have heard or seen anything suspicious in this area around this time yesterday evening.

“Perhaps you saw a male dressed all in black who looked out of place?

“We are particularly keen to speak to the driver of a car who dropped off a male passenger who then attended the petrol station shop just before the robbery.  The vehicle drove off in the same direction from where the suspect arrived and it’s possible the driver may have seen the offender walking towards the Esso garage.

“We’d also like to speak to anyone living in the area who may have CCTV on their property or anyone driving through the area last night who may have dash cam footage of the incident or offender.  Please contact us if that is you.

“People living in this area will notice a large police presence today as we continue to carry out our enquiries.  If you have any concerns please speak to one of our officers at the scene.

This morning, a crime scene was in place as investigating detectives await forensics to attend an gather vital evidence.

The Esso garage is likely to be closed for most of the day.