A man’s been charged with failing to provide specimen of breath following a bridge crash near Chippenham.

Emergency services were called to the scene on the B4069 at Christian Malford shortly after 7pm on Saturday night after a red Mini collided with a wall before entering the River Avon.

Fire crews from Chippenham and Royal Wootton Bassett rescued the 41-year-old driver from the wreckage using a winch and tools before he was handed over to paramedics.

Wiltshire Air Ambulance was tasked to the scene but his injuries weren’t as serious as first thought. 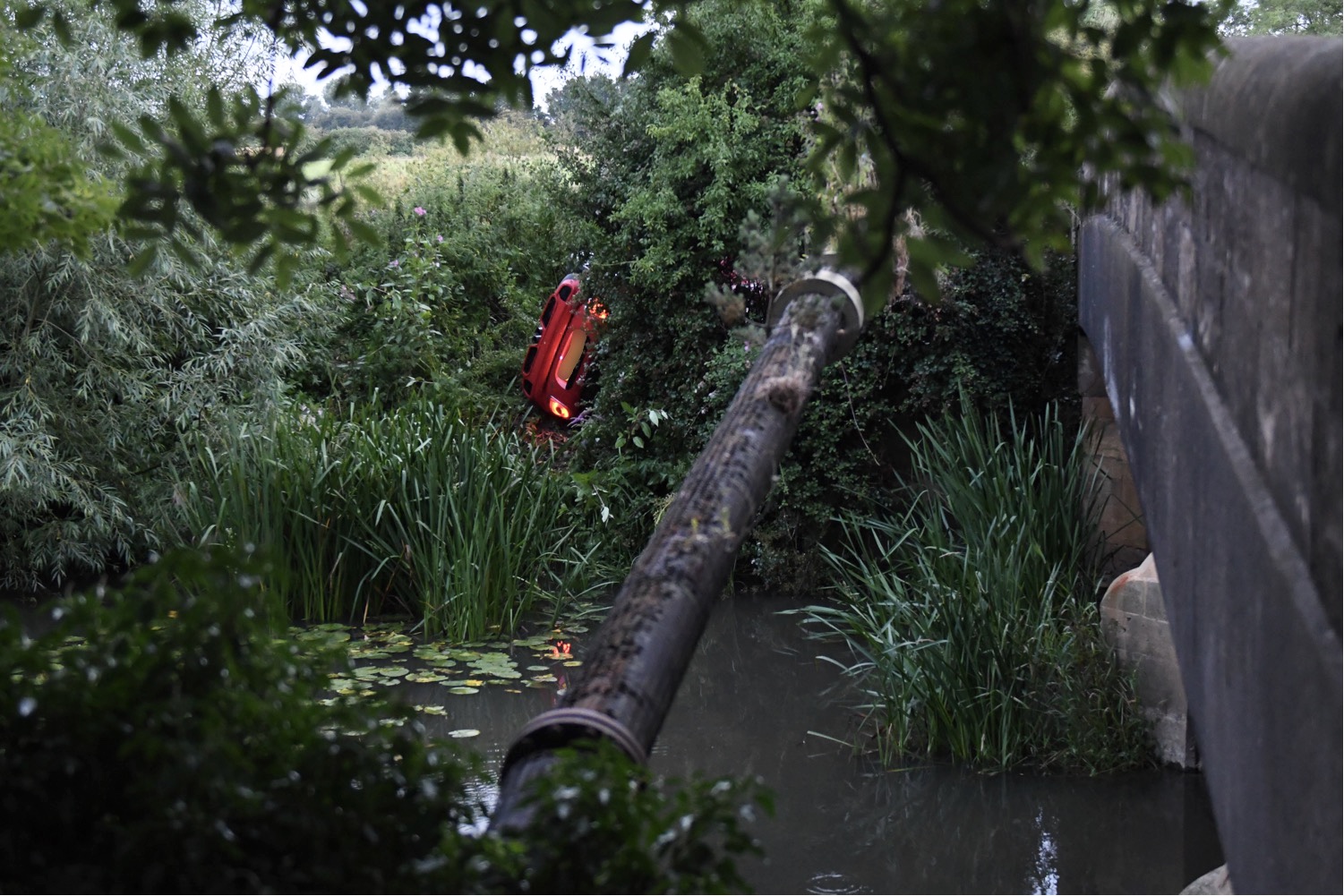 Mark James Davies, from Swansea, has been charged with failing to provide a specimen of breath.

He has been bailed to appear before magistrates on 11 November 2020.