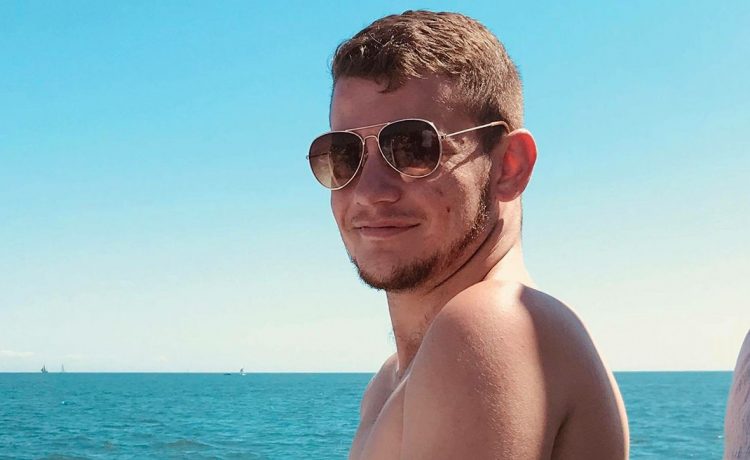 A convicted domestic abuser has been jailed for assaulting another girlfriend – by strangling and biting her in two attacks.

Jake Clark, 25, admitted his crimes – two counts of assault and one count of criminal damage – at Swindon Magistrates’ Court this morning (30 December).

He appeared before the justices having been remanded in custody for breaking his bail conditions yesterday (29 December) by entering Chippenham.

Prosecutor Kate Prince said Clark had been in a relationship with his victim for just one month. After he stayed at her home for two weeks, things turned nasty.

The defendant, of Portway, Chippenham, was said to have been “lovely” up until the middle of the short romance.

On Saturday 16 January this year, the couple returned home after drinking with friends. He began shouting “sket” and “whore” at her and she attempted to calm him down.

They went inside his then-girlfriend’s home where Clark smashed his fist into two doors in the bedroom and kitchen, causing several holes in each.

Continuing to shout in anger, she told him to be quiet. In return, the defendant grabbed her arms and threw her on the floor.

Soon after, he bit down on her on the cheek, causing pain – with the victim stating it lasted approximately 30 seconds.

When he stopped, he continued being verbally abusive before pushing his elbow across her neck, strangling her for several seconds before letting go.

Ms Prince told the court his victim “thought she was going to die”, adding that she suffers from a disease that prevents blood from flowing around her body properly – meaning strangulation put her in significant danger.

He calmed down and the pair went to bed. Clark is said to have spent the following days making up for his assault by “being nice”.

However, on 23 January – just seven days later – he accused her of sending sexual videos to someone else before grabbing her by the throat and throwing her out of bed onto the floor.

This incident happened whilst Clark was intoxicated and had taken cocaine.

Photographs of his victim’s injuries, taken by police officers when they were called to the second attack, were shown to the court. As were photographs of the damage to her doors.

The crimes were committed whilst Clark was serving a suspended prison sentence for theft, criminal damage and actual bodily harm on a previous girlfriend in 2018.

Moses Uzodima-Tawo, defending, said his client has moved on and is in a “stable relationship with the lady who sits behind me in court”.

He said that Clark suffers from alcohol issues but has since “rebooted his life”, gaining employment as a groundworker – though, he is not currently working due to the pandemic and claims benefits, Mr Uzodima-Tawo added.

Chair of the bench, Martin Clarke, handed down a 22-week prison sentence for both assaults, to be served concurrently.

“And alcohol is no excuse. You bit her, it was prolonged, you strangled her, YOU STRANGLED HER. It is so serious only a custodial sentence will do.

A restraining order was also imposed, prohibiting Clark from contacting his victim for one year. He must also pay a £100 fine, £450 costs and a surcharge of £128 surcharge.