A conservatory’s been damaged after a car crashed through a garden fence in Swindon tonight.

Two fire crews from Westlea and Royal Wootton Bassett stations were called to the scene in Langdale Drive, Freshbrook, at around 9pm following reports of the road traffic collision.

The red Vauxhall Astra went up an embankment, through the fence and into the building. 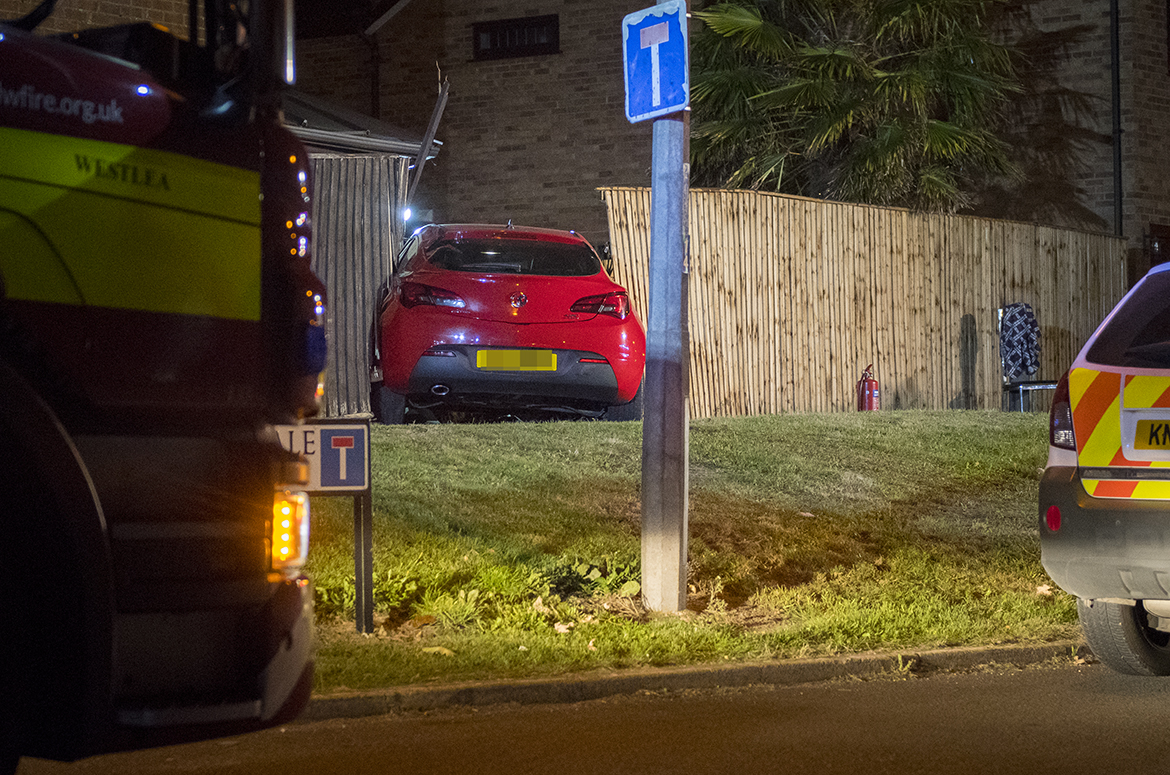 The driver, a man thought to be in his 40s, was taken away from the scene in the back of a police car accompanied by an officer but it’s not yet clear if he was arrested.

No one’s been injured during the incident.