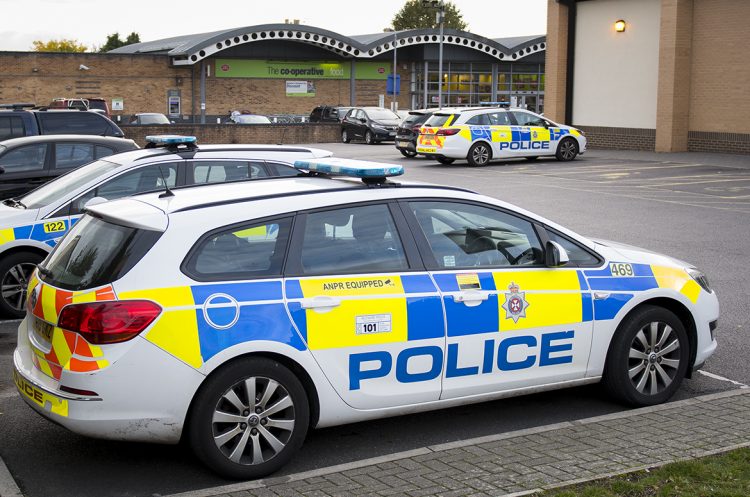 A man pulled a hammer on his victim before racially abusing them over a dispute about his manner of driving, a court heard.

Heavily convicted Colin Hawkins, 36, arrived at Swindon Magistrates’ Court on 1 April ahead of a trial having pleaded not guilty to a racially aggravated public order offence. But he pleaded guilty moments before the trial was set to go ahead.

Crown prosecutor Tom Power said the defendant, of Cowleaze Walk, Stratton, had stopped in a Co-op Food car park on his way home from a hospital with his late wife – who was terminally ill with cancer – on 24 July last year.

Polish Mr Kedziorski was walking across the car park when Hawkins is said to have reversed the Seat Tarraco, nearly colliding with him.

Understandably angry, and concerned for his safety, the victim shouted towards the car words to the effect of ‘use your mirrors, you almost hit me’.

The defendant then became aggressive. He produced a hammer and began waving it at Mr Kedziorski. He shouted at him: “I’ll hit you in the face you Polish w**ker”.

Hawkins is said to have returned to his vehicle, placing the hammer inside. He returns to his victim, high-kicks towards him in order to strike his mobile phone from his hand.

Hawkins was also charged with driving whilst disqualified following the incident – an offence he admitted back in December 2020.

The court was told Hawkins has “an array” of previous convictions for 141 offences.

Ann Ellery, defending, said Hawkins had taken over the driving of the car part-way back from the hospital due to his wife – who he had taken for cancer treatment – was feeling unwell. Instead of waiting for her to feel better or calling an ambulance, he decided to drive her home knowing he was disqualified

“She was suffering from late-stage cancer and sadly died a few days after the incident”, she told the court.

Adding: “His emotions were running high, he simply didn’t check the mirror. Mr Hawkins’ judgement was highly impaired due to the situation his family were in. He does apologise for his behaviour.

“He says he does not have any racist views of Polish people – his wife was half Polish and his step-father is Polish”.

Ms Ellery went on to say her client is not working but is the sole carer for his two-year-old son.

Magistrates said the offences crossed the custodial sentence threshold. They adjourned the case until 7 June for an all-options pre-sentence report.