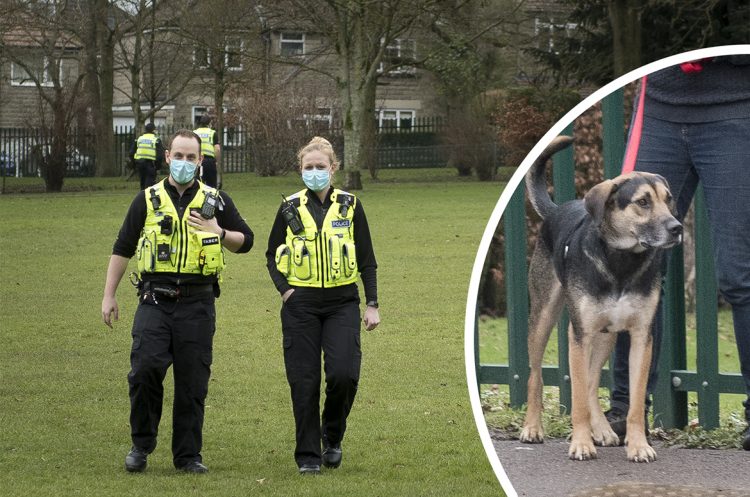 Police officers at the scene (left), the dog said to have been involved in the attack (right)

An out-of-control dog has injured a number of people in an incident in Chippenham.

At least one child was rushed to hospital for treatment at around 2.15pm whilst police officers, the dog’s owner and vets tried to bring the dog under control.

The animal reportedly escaped a house in the Greenway Lane area before running into the park and carrying out the attack.

It is reported that several people have suffered bites but none of the injuries are thought to be serious”, a spokesperson for Wiltshire Police said.

Adding: “Officers attended and were able to bring the dog under control with the assistance of a local vets.”

One of the police officers is said to have drawn their Taser, but it was not discharged.

Following the incident, the dog was allowed to go home with its owner but an investigation has been launched and police enquiries are ongoing.

It’s not believed any arrests have been made at this stage.