There are fears a pet ‘murderer’ is on the loose in North Wiltshire after a second animal, a cat, was killed in a horrific knife attack near Malmesbury.

Just five days after a three-year-old Doberman was stabbed to death in Chippenham, a 17-month-old black cat was stabbed and disembowelled less than eight miles away in Corston.

Family moggy Minty was found on her own doorstep with significant and deliberate injuries following the violent attack sometime between 11am and 12.30pm on Sunday.

She was rushed to an out-of-hours veterinary surgery for emergency surgery but was later transferred to intensive care specialists Langford Vets near Bristol. Minty later stopped eating and began to deteriorate before the decision was made to put her to sleep. 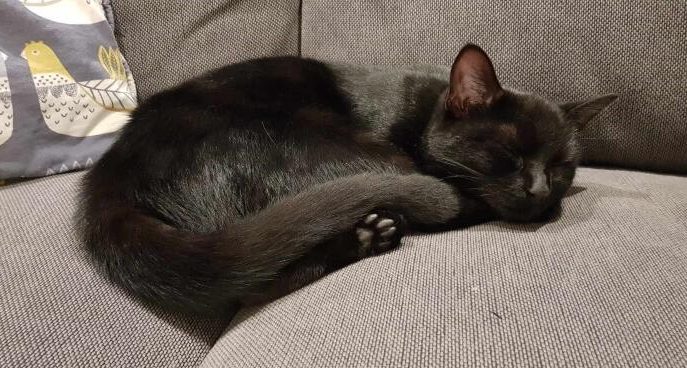 Minty suffered stab wounds to her neck and legs and two open slash wounds to the stomach – one of which is said to have disembowelled her. The same vet is understood to have treated Ruby the Doberman and say the cases may be linked.

Talking to Wiltshire 999s, her owner James Smith, 37, said: “I’d like not to think it is linked to the Chippenham dog killing, but from what the vet as said, she believes it is.

“We’ve lost a family member. She was such a small animal but a big part of our family. Since she passed away, we return to the house after the school run and expect to see her at the door ready to run in our of the rain. The house feels empty.

“Our children (aged 3 and 6) keep asking where she is. Fortunately they didn’t see her in the condition we found her in.

“I’m just concerned whoever did this will start targeting humans at some point. Hopefully, they are found so they can get the help they need.”

Wiltshire Police have launched an investigation into the incidents, with PC Darren Willis heading up the probe. He labelled the attack as a “horrendous act on an innocent animal”.

“We are really keen to hear from anyone who may have seen or heard any suspicious activity in the Corston area, specifically the area of Mill Lane”, he commented. “As well as this, if you didn’t witness anything yourself but you have information which could lead to the identity of the person or persons involved, please do get in touch.”

Sheep chased and killed by dogs being walked on grounds, countryside estate reports