As the nation clapped together in the support of the NHS and care workers putting their lives on the line during the coronavirus pandemic, these men socially gathered to play football.

Not only did the group of more than ten disregard the lockdown regulations preventing Britons from spending time with other people from outside their household, they ignored the Clap For Our Carers event – instead clapping when they scored a goal.

Wiltshire Police received a number of calls from members of the public reporting the public gathering at Faringdon Park in Swindon this evening, as angry locals – who appeared to be in the park for their daily exercise – voiced their opinions aggressively towards the the men. 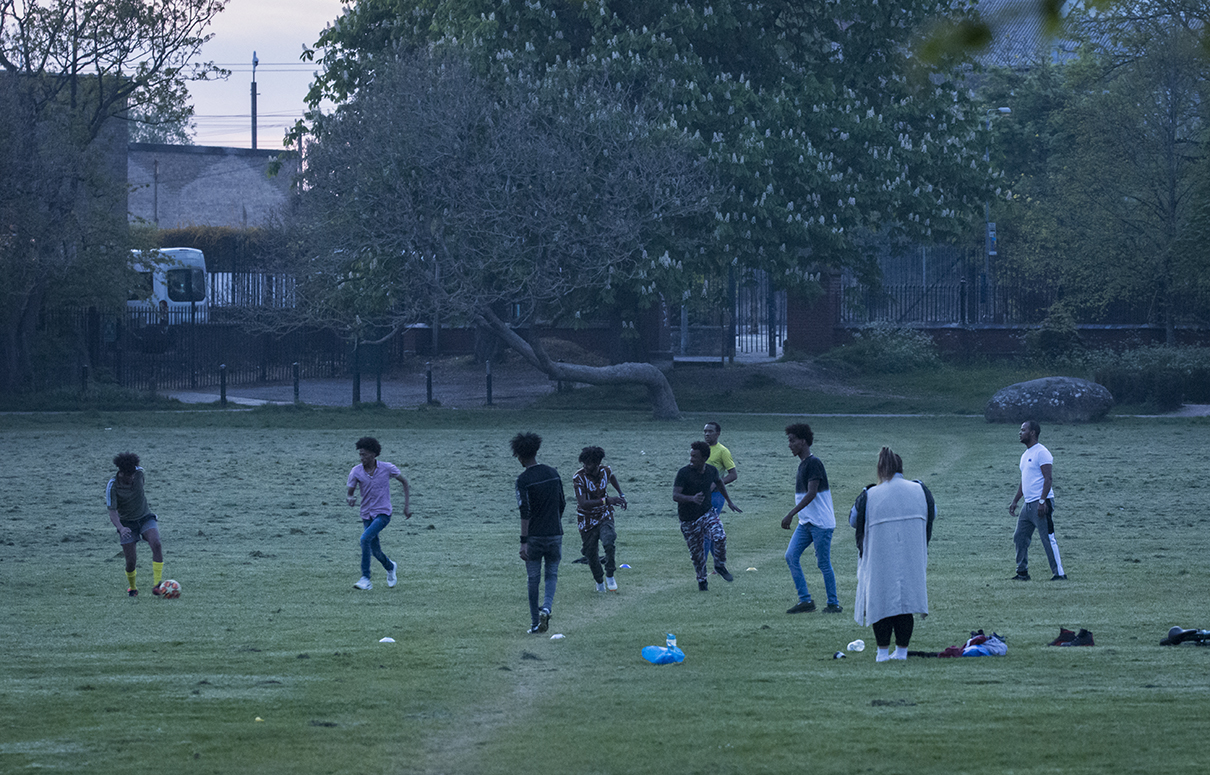 It’s believed the group, who could be seen tackling each other with no social distancing in place, began their football match at before 7pm, and were dispersed by at just before 8.30pm.

No fines were issued by officers before the men were moved on.