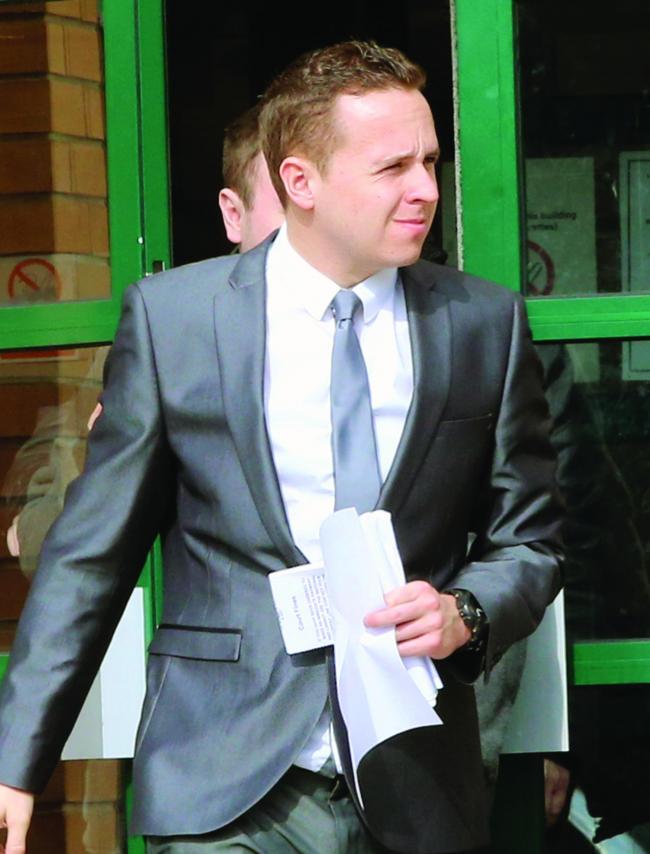 AN RAF airman involved in the strategic withdrawal from Afghanistan has been handed a restraining order.

Neil Robinson appeared at Swindon Magistrates’ Court on Wednesday after his ex-partner brought a charge of harassment against him.

The 26-year-old, who is from Swindon and based at RAF Brize Norton, had been deployed in Afghanistan in September while the couple were on a break, and despite the pair emailing while he was on duty, returned to find she had changed her mobile number and blocked him on social media.

Pauline Lambert, prosecuting, told the court: “She had been in a relationship with Mr Robinson for three and a half years, on and off.

“It ended in June 2014, and it was her decision to end it. She says that she had given him her reasons why.

“Around the end of October she started a new relationship and he returned to the UK and made contact with her by email.

“She had changed phone numbers and blocked him from social media sites.

“She has put emails received from him into folders from various email addresses he used, and on more than two occasions he has gone to her place of work. On each occasion she told him to leave her alone. He followed her and when she tried to use her phone to call her dad he tried to take it from her which caused panic on the other end when the call suddenly ended.

“She said it would reduce her to tears and she was shaken and anxious about his appearance, and this led to distress to the point where friends and colleagues had to walk her home.”

Ms Da Costa, defending Robinson, said: “He was under the impression when he returned they would rebuild the relationship. When he did return home he was unaware she was in a new relationship. He felt he had no explanation as to what had happened and why the phone number he previously had was going through to nothing.

“He returned not being able to contact the woman who had been in his life for a long period of time.

“There is no suggestion the emails were aggressive or threatening. The impact of the break on him has been severe. His good character extends to his military record. This conviction will have an impact on his progression through the RAF, which will punish him doubly.”

Flight Lieutenant Kevin Cole, appearing as a character witness, said: “It was me who chose him to deploy to Afghanistan in his role. The withdrawal was a tough time for everyone involved, and we needed it to go right.

“He is a sound individual and is a pleasure to command. Bar this incident, we have never had a worry or a doubt to question his character.

“We deploy in small teams and we have to depend on every individual.”

Robinson was fined £370 with £85 costs and a £37 victim surcharge, along with a restraining order not to contact the complainant or go to Skye Close in Highworth.